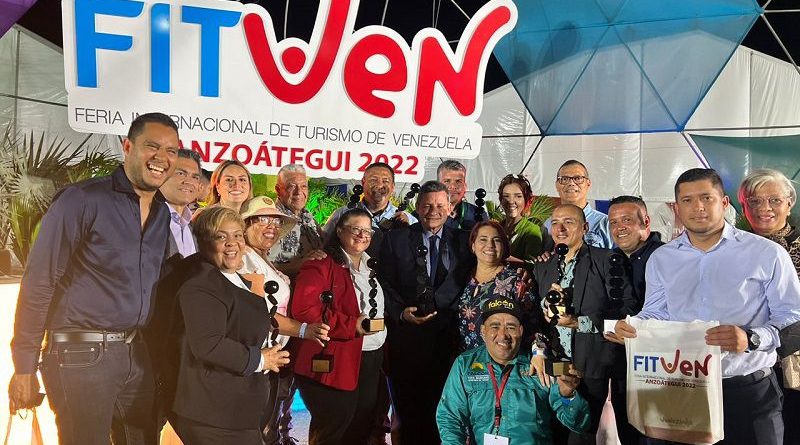 A total of 13 Tourist Service Providers were awarded with the first edition of the National Tourism Award, an award that extols the quality, productivity and excellence of the work carried out by businessmen, entrepreneurs, associations and regional corporations in the sector, in the promotion of the beauties and natural benefits of the country.

The award was presented by the President of the Republic, Nicolás Maduro Moros, during the closing of the 15th edition of the International Tourism Fair of Venezuela (FitVen) from Anzoátegui state, in the company of the People’s Power Minister for Tourism, Ali Padrón, and the governor of the entity, Luis José Marcano: «I feel that people are in tourism with a lot of passion, faith and creativity. We are presenting the National Tourism Award for the first time, in recognition of the tremendous achievements of entrepreneurs who believe in what they do.» He assured that tourism, in addition to being a great economic engine, must be ecological and for the healthy sharing of life.

For his part, the head of national tourism, recalled that this award was approved by the President in May and more than 300 Service Providers from all over Venezuela participated in it: “There are 13 categories granted, where hotels, tourism agencies, airlines, organized tourist units were present”. He added that the town turned out to be part of this recognition.

Awarded for its quality:

Venezuela urges UN to denounce US military threats against the country

Venezuela and Cuba review cooperation in health, science and technology

Venezuela and Colombia reaffirm commitment to build a border of peace

Maduro: Geneva Agreement must rule territorial dispute over the Essequibo

COVID: 1,124 positive cases and eight deaths are confirmed in the last hours in Venezuela

ANC approves agreement on rejection of EU sanctions against Venezuela