The first vice president of the United Socialist Party of Venezuela (Psuv), Diosdado Cabello, emphasized on Monday that the xenophobia that has been generated in different countries, is the consequence that the citizenship of these nations has taken to the media campaign undertaken at the time by Alberto Federico Ravell (former director of -private owned- Globovisión TV station) and the fugitive from justice, Julio Borges.
“Where is the origin of that? Where? In a great campaign led by Alberto Ravell when the «diaspora’, the «exodus’ began. Let’s remember Julio Borges saying that what was happening in Venezuela was a disease that was expanding», said Cabello during a press conference of the party.
«They repeat the stories (…) Venezuelans everywhere, and a rejection begins to be generated, how in these countries there have been no presidents who are serious about rejecting these violent acts?», added the socialist leader from Caracas.
In this regard, he urged Venezuelans who are in the country «not to fall» in the game of executing in the country the same xenophobic actions that are being activated in other countries, as well as reiterating his rejection of these crimes.
He said that in order to take care of those Venezuelans who wish to return to the country – and who have been victims of xenophobia – the president of the Bolivarian Republic of Venezuela, Nicolás Maduro, promoted in 2018 the «Vuelta a la Patria» (Return to the Homeland) plan, which has already repatriated more than 15,000 nationals from abroad.

Arreaza alerts the world on fundamentalism of the US Government

Commission on truth will stifle violence and promote peace

Ramírez: Venezuela has the respect and support of the international community 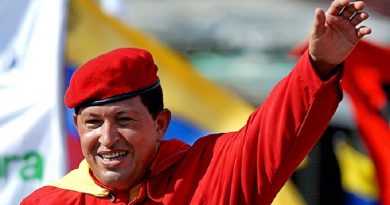