The President of the Supreme Court of Justice, Judge Maikel Moreno, categorically rejects the death of citizen Fabián Urbina, which occurred Monday, June 19, at the Altamira highway distributor in the Chacao municipality of the Bolivarian state of Miranda, allegedly as a result of misuse and disproportionate use of Force by some member of a State security body that dispersed a demonstration that was being held at the place.

Likewise, Judge Maikel Moreno, the highest authority of the Judiciary Power, guarantees the country that judges will do justice, in order to establish the responsibilities and sanctions that may occur, always within the framework of respect for due process, the right to justice, defense and other guarantees established in the Constitution and laws of the Bolivarian Republic of Venezuela.

Finally, the Magistrate-President rejected any demonstration or violent action that endangers the integrity of the people, may cause material damages and violates the rights of citizens, while ratifying his call for coexistence, dialogue, respect and solidarity, to continue consolidating the culture of peace that characterizes the Venezuelan people. 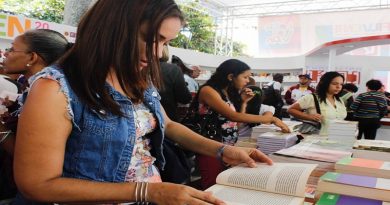 We are in times of Constituent for peace

Cabello to rightwing: You'll continue screaming and kicking but there will be no referendum