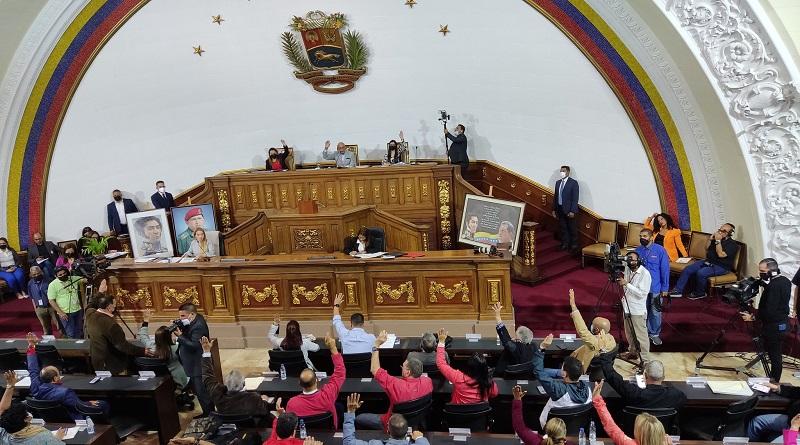 The National Assembly (AN) approved this Thursday the draft Agreement on the occasion of commemorating December 8, the tenth anniversary of the Day of Loyalty and Love for Commander Chávez.

The president of the AN, Jorge Rodríguez, indicated that “If Hugo Chávez had something, it was always his gaze on the future, the vision of the future that he tried to nurture in our hearts. Chávez, like Maduro, called for a dialogue with the ferocious enemy, and sat them down, not to capitulate, he sat them down to return them to the path of peace. I feel proud that we have kept Chávez’s word amidst the greatest difficulties”.

The project was presented by the first vice-president of Parliament, deputy Iris Valera, who expressed: “since that “Por Ahora” (For Now) the people demonstrated their love for Commander Hugo Chávez. We are refused to accept that our Commander Chávez died. Commander Chávez is sown in the hearts of his people”.

In her speech, she highlighted: “We cannot allow, out of love and loyalty to Commander Chávez, that his historical memory be erased. Everything that has been achieved is not a small thing, Commander Chávez, in his last call, called us to unity, to fight, to battle and to victory”.

Venezuela expects Colombia, the US and Peru to hand over terrorists of the frustrated assassination

Maduro: Fidel will always be present in the struggles of the joust peoples

Pres. Maduro: A smear campaign has been launched against the CNE

President Maduro: With the arrival of the Bolivarian Revolution, was founded the new homeland