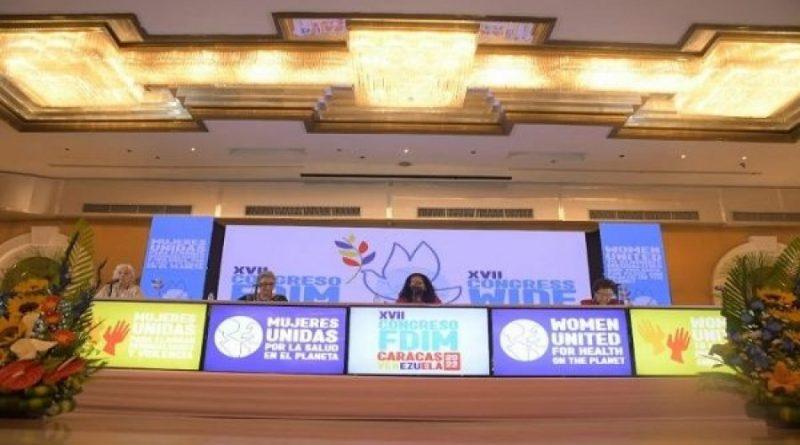 In the plenary session of the rapporteurship of the working groups of the 17th Congress of the International Democratic Federation of Women (FDIM), which is taking place in Caracas, were discussed concrete plans of action for peace and proposals and ideas were exchanged in the struggle for Gender equality.

The Minister of People’s Power for Women and Gender Equality, Diva Guzmán, reported that the Venezuelan Congress of Women, was connected with simultaneous rooms in the 24 entities of the country:

“We were able to participate, we listened to the debates, the proposals; on issues about the role of women in the pandemic, for example, on inequality, on health issues, LGBTI, these are great issues that this International Democratic Federation has brought to debate in Venezuela in the midst of the plenary sessions”, said the minister.

For being coup plotters! Maduro warns that Attorney General could prosecute the National Assembly

Rodriguez: Nothing with what they had threatened us has happened!

Venezuela reaches 74% of the population vaccinated against COVID-19

Herrera: It’s better to be voting than making riots

Maduro rejected xenophobia against Venezuelans: You are not alone