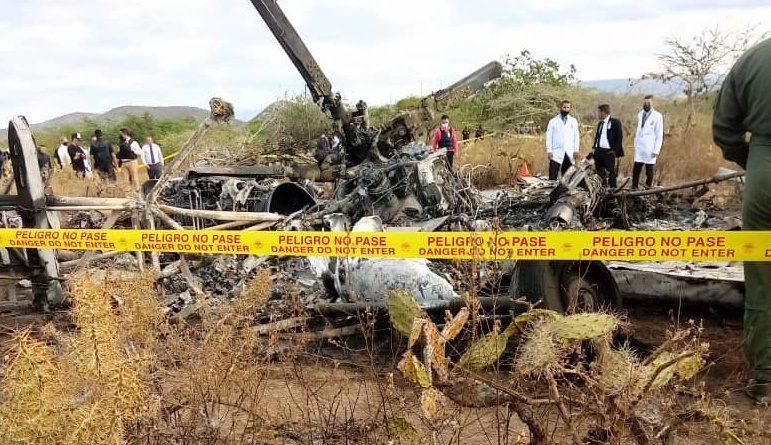 “We have had a plane crash in Lara state, with two deaths and two pilots who are fighting for their lives. With the favor of God and the efforts of the doctors, they will save their lives”, reported the President of the Republic and Commander-in-Chief of the Bolivarian National Armed Forces FANB, Nicolás Maduro, from the “Sun of Peru” Hall of Miraflores Palace:

«I want to convey to the Bolivarian Army, to the entire Venezuelan military family, to all their relatives, my feelings of solidarity, of condolence as Commander-in-Chief of the Bolivarian National Armed Forces, (it’s) painful, unfortunate”, he said.

President Nicolás Maduro explained that the troops traveling in the M-17 helicopter were returning from missions in Apure state and left Yaracuy state for Maracaibo, in Zulia state, for another mission.

In this context, the national president thanked the efforts of the peasants in the area, who, upon noticing the plane crash, immediately went on to help:

“I want to thank the peasants from all over that area of ​​Lara state for their brave attitude and solidarity and love towards our Bolivarian National Armed Forces. They were able to save two lives, thanks to that noble and brave spirit of the people of Venezuela; the humble people are the bravest, the most supportive”, valued President Maduro. 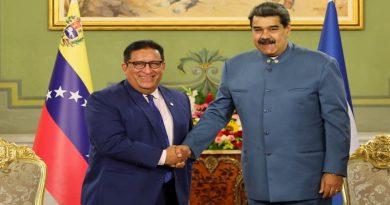 Diosdado Cabello: Imperialism ordered Brazil to prepare a measure like in El Salvador

Hinterlaces: 58% of the voters prefer Nicolás Maduro to solve the economic situation