On October 12, President Nicolás Maduro announced the historic vindication of the public spaces of Caracas and the entire Venezuela.

From the change of name of the Caricuao-Petare highway, a proposal that Professor Reinaldo Bolívar had been promoting since 2011 to Cacique Guaicaipuro, in need of the decolonization of historical memory, President Nicolás Maduro has requested “To progressively start, in a graduated and disciplined manner, a process to decolonize and vindicate all public spaces that bear the names of colonizers, conquerors and genocidaires”.

Professor Reinaldo Bolívar, President of the Center for African, American and Caribbean Knowledge – an institution that since its foundation in 2011 has developed live lines of research on decolonization, reparations and anti-imperialism – has announced that a brief survey is being launched today online, easy to fill out and send, so that Venezuelans anywhere in the country can give their reasoned opinion on this national initiative that is in line with international processes, where the peoples, once they know the immense damage they did the invasions, conquests and colonizations of their countries, their national development, their culture and the mentality of the people, now demand that a national and great national identity must be established, detached from these impositions.

With due respect for current generations regardless of their nationality, but with the conviction that everyone, anywhere in the world has the right to decide on their identity on all levels, and to know the history in each dimension, protagonists and events, in order to positively strengthen cultural and national values. Only national knowledge and appreciation will stimulate in each generation the struggle and work for a Good Homeland.

Internationalist Reinaldo Bolívar concluded, inviting the public and private media, schools, high schools and universities to join the dissemination of this survey, so that it reaches all corners of the country, so that in order to year, we have results that can guide the material decision-making on this proposal for decolonization of the public spaces of the Venezuelan populations.

Maduro extended acknowledgement to Putin for organizing the World Cup

President Maduro: They could not sabotage the Summit, it has been a total success

JVR highlighted importance of dialogue for the proper functioning of democracy 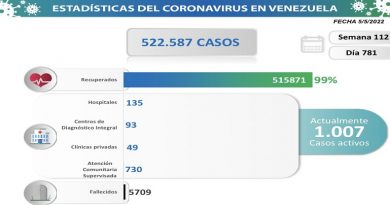