The President of the Bolivarian Republic of Venezuela, Nicolás Maduro, participated in a working day with members of the Grán Misión Chamba Juvenil (Great Mission Youth Job), where he announced the approval of 30,000 million bolivars for 20,000 productive credits for the youth of Venezuela.
The Head of State recalled that the start of this socialist initiative, held in 2017, was amidst the terrorist «guarimbas» (riots) of the opposition right wing:
«We have never allowed ourselves to be intimidated by violence or blackmail or coups, or threats of any kind,» he said.
«We have never stopped the march towards the future. Come rain, shine or lightning we have an appointment with the victory of the Fatherland», he said as part of his initial words of congratulations to the young people accompanying this occasion.
From the Teresa Carreño Theater, he called on the youth to be alert against imperialism: «Be on alert, youth, come to the Gran Misión Chamba Juvenil, get to work».
For his part, the Head of State announced an increase of 80% in the income of young chambistas to Bs. 32,000, «Social protection through the Carnet de la Patria (Homeland Card) (…)» The goal is to reach two million young people this year , in the Gran Misión Chamba Juvenil, working and studying, it is important to advance in that goal».
He also called for the creation of one million Wallet-type accounts (mobile wallets) for the Digital Bank of Cryptocurrencies and the Petro for youth through the Digital Youth Bank.
At the same time authorized 20,000 loans for the promotion of productive activity, where he approved 30 billion bolivars.
«I do not come to promise you a distant, isolated, strange, alien future. I come to work for the future as a real fact of today and to make concrete the future of youth from now on. The future is today, or there will be no future!» He said emphatically. 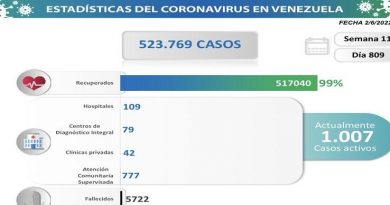 Jaua: Faced with the inaction of the NA, the people becomes comptroller

Venezuela works with ICC to address situation on human rights

Maduro meets with governors, protectors and mayors for the prosperity of the Homeland