A study conducted by the ICS pollster revealed that 56.3% of Venezuelans will re-elect the President of the Republic, Nicolás Maduro, in the elections that will take place on April 22.

«It is a fact that President Maduro is going to be re-elected for these elections», said the director of ICS, Ronald Sánchez, when analyzing the results of the study, during an interview granted to the «Encendidos» (Turned On) program, broadcast by Venezolana de Televisión.

The sample also showed that 80.8% of voters will be willing to exercise their right to vote: «The Venezuelan society likes to go to vote because it understands that voting is the highest level of dialogue and political understanding that Venezuelans can have», he said.

On the possibility that certain sectors of the right wing may sabotage the elections of April 22, he considered that they will not negatively influence the electorate and recalled that the destabilizing actions did not take effect in the elections of the National Constituent Assembly on July 30, when more than 8 million Venezuelans exercised their right to vote.

In the poll, those consulted supported that during the voting process there is an international observation «very broad and that guarantees the results that are given», which was one of the points of the Agreement of Democratic Coexistence by Venezuela that was signed this week by the Government’s delegation, but not by the opposition.

On the process of dialogue that President Maduro has promoted with sectors of the opposition, the survey revealed that 81.3% of those consulted support the concrete agreements between the parties and aspire to materialize a pact of coexistence «so that there is no interference of foreign governments». «The Venezuelans, regardless of their political stance, are tired of so much diatribe and ask the parties to agree», said Sanchez. 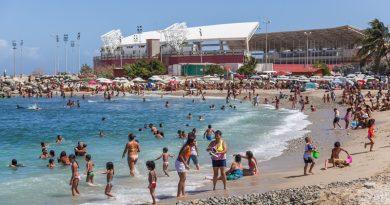 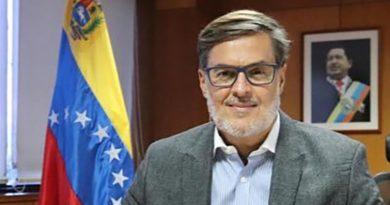 Bolivarian Diplomacy of Peace will strengthen brotherhood between Venezuela and Colombia

Venezuela gave a demonstration of participatory democracy to the UN

President Maduro: In Venezuela we have everything to meet the needs of the people