The President of the Republic Nicolas Maduro, welcomed in Miraflores Palace the mobilization of the Venezuelan people to reject the Act of Titling for the Beneficiaries of the Great Mission Housing Venezuela (GMVV) adopted by the oppositionist National Assembly.
The march which departed from Plaza Morelos in Bellas Artes (Caracas), brought together a large number of viviendovenezolanos (Venezuelans living under GMMV principles) who, among slogans and banners in their hands, said that they will not allow to privatize their decent housings, delivered by the Bolivarian Government
The Head of State warned the Venezuelan people on that those who rated the GMVV as a «mock-model mission» now intend to continue deceiving the people.
He said the best way to celebrate the 14 years of the historic feat, is with the popular mobilization.
«This is the biggest march we’ve done in a long time, today has been a day of popular rebellion against the law of scam of the sensationalist right wing (..) the people must remain in the streets battling.»
He rejected the threats by the US empire, published in the US newspaper The Washington Post, calling for a political intervention, «The oligarchy is desperate», he expressed.
Figures of the GMVV:
Maduro said that in three years of Government he has delivered 600,000 housings, following the legacy of Commander Chavez. «By December 31 this year, I will have delivered the 1,500,000th housing key, this Revolution will not be stopped by anyone, I swear to you.»
He emphasized that the right to live in the city has only been brought by the Bolivarian Revolution. «The right wing intends to displace the working class through the Law on Real Estate Scam and then create luxury condominiums in downtown Caracas.»
The President reported that 23,556,000,000 bolivars were approved for the development of the Great Mission Housing Venezuela and the Mission Barrio Nuevo, Barrio Tricolor (New Neighborhood, Tricolor Neighborhood).
Let’s recall that the Great Mission Housing Venezuela was created by Commander Hugo Chavez in 2011 for families with a housing deficit.
Resources approved:
The President approved some extra 23,556,000,000 bolivars for the execution and construction budget of 2016 for the Great Mission Housing Venezuela (GMVV).
Similarly, the National President, reported that «the concepts for the acquisition will be elevated from 500,000 up to 3,000,000 bolivars within the framework of the housing policy for acquisition, self-construction, expansion and improvement of main housing of the GMVV and the Great Mission Barrio Nuevo, Barrio Tricolor «.
Finally, in a national radio and television joint broadcast from Miraflores Palace, the High Authority, manifested that the Bolivarian Government has maintained the pace of construction of housings, despite the current economic situation and unconventional warfare of the right wing .

Digital Bolivar will come into effect on October 1

Maduro: Petrocaribe has been very successful in social matters 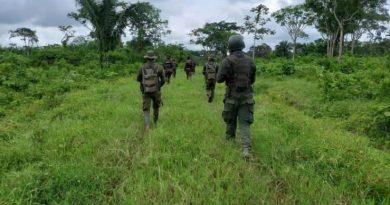 Ramos Allup is exhorted to come out of contempt