The President of the Republic, Nicolas Maduro, gave a balance of policies implemented in the first 14 days of the execution of the Great Mission Sovereign and Safe Supply which takes place in the national territory in order to establish new productive methodologies.
«The agenda of this great mission must be to recover and build a new economic governance that works as a system,» he said.
Likewise, he stressed that the Bolivarian Government advances in the articulation of the 600 production units that make up the whole mission through economic, institutional and military integration, from the technical point of view.
During the broadcast of the «Contacto con Maduro» (Contact With Maduro) program No. 61, the Head of State stressed that within the Mission will be active three fundamental engines of the Bolivarian Economic Agenda.
«Today we are just meeting two weeks of the deployment in action with the methodology of being occupying the terrain of the Great Mission Sovereign and Safe Supply and to go integrating into an immersive action to the three fundamental engines, the agro-alimentary, pharmaceutical and industrial engines», he added.
The Venezuelan President explained that the integration of the engines looks for the economic governance to be reactivated in order to solve the problems and to improve the productive capacity of the entire Venezuelan industry.
«And thus increase efficiency in productivity, recover what is standing idle, to install and reinstall machinery with advanced technology, the economic governance must lead us to have an integrated system of production, distribution, marketing and pricing that favors our people, an integrated system», he said.
President Maduro said the economic war has played a major role in the disintegration of processes, penetrated by a criminal economy that runs through mafias who control the allocation of raw material and which have already been identified.
He said the Venezuelan justice will execute measures in order to determine responsibilities to those who have «bachaqueado» (played hoarding and usury) with the industrial raw material, affecting the distributive processes and limiting the goods produced by the industry. 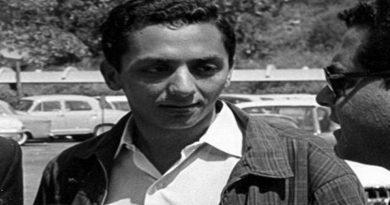 Government asks the opposition for an agreement respecting 2020 election results

President Maduro: In Chile a social revolution has awakened