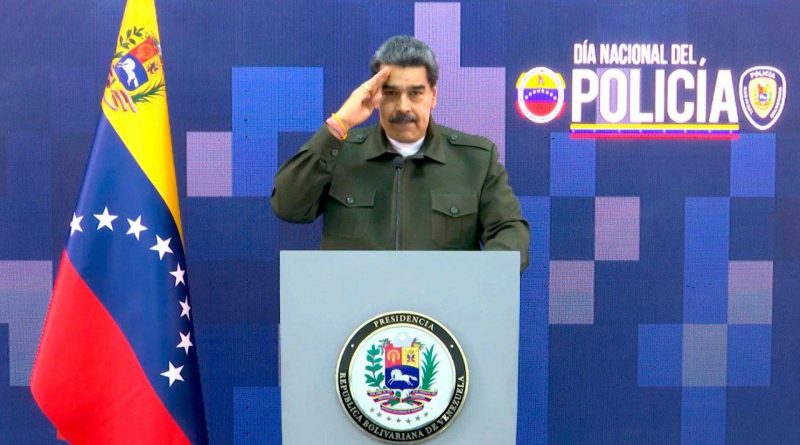 The President of the Republic, Nicolás Maduro, called this Saturday to revolutionize the National Police System, under two fundamental pillars: prevention and fusion with the popular movement.

In a message for the National Police Day, the head of state pointed out that this change for a new police force must have prevention as a fundamental pillar, which will be achieved with the continuous training of officials so that they are an example to follow.

In addition, the new police must become an articulating entity for the new citizen and the merger with the popular force, leaders and spokespersons of each organization, he stressed, while extending his acknowledgment to the officials “for your moral support in complying with your daily duty”.

«The new police force must become an articulator of social processes for citizen coexistence, building life alternatives for youth, support for the communal economy, the massification of sports and culture», through a mechanism of perfect communication with the people, he detailed.

The National President also stated that «social intelligence and that of our security agencies must be a single dissuasive force against the threats that constantly loom over the communities”.

He urged to denounce “police abuses, wherever they come from, and the rattle, and that we strive against everything that is wrong. I ask to revolutionize the national police system”.

However, the national president stressed that Venezuela has consolidated peace as one of its assets, to which the policemen and women have contributed:

“The bourgeois system instrumentalized the police against the people. We witnessed how the rights of an entire people were stolen with a repressive police force. But with Commander Hugo Chávez, a new police force was born, one that must be fair, humanistic and with patriotic values“, he expressed.

A call to consolidate peace:

Maduro recalled last year’s Operation Cacique Guaicaipuro at Cota 905, which helped consolidate peace in the city of Caracas. In this regard, he stressed that the threats against citizen security do not cease. «The terrorist paramilitary gangs bit the dust of defeat when they found the police force and the People’s Power united in defense of the right to peace and popular sovereignty”, he pointed out.

The president’s words were presented for the promotion, recognition and certification of more than 8,200 police officers throughout the national territory, and which main event was in Caracas.

In relation to this, President Maduro stated that the promotion should serve to strengthen the commitment to the Constitution and the people:

National Police Day is commemorated every July 16 to acknowledge the work of those who protect the integrity of Venezuelans.

Saab: With the amnesty act the peace and stability of the country are at stake

Chavismo is the revolutionary and transformative Bolivarianism of the 21st century