The Minister of People’s Power for Foreign Relations, Félix Plasencia, participated this Wednesday in the UN meeting to commemorate the 20th anniversary of the Adoption of the Durban Declaration and Program of Action against Racism, Racial Discrimination, Xenophobia and Related Forms of Intolerance, a meeting during which he argued that the unequal distribution of vaccines against Covid-19, as well as the imposition of unilateral coercive measures, exemplify the persistence of forms of discrimination against peoples.

The high-level plenary meeting was part of the agenda of the 76th session of the General Assembly of the United Nations (UN), which takes place at its headquarters in New York City, United States of America.

The head of Venezuelan diplomacy explained that the prevailing economic system of predation and consumption, which encourages the segregation of classes and races and destroys the environment, has generated more discrimination today, which is evidenced in the unequal global distribution of vaccines, privileging the richest countries:

«We join the call of the World Health Organization (WHO) to make vaccines become a global public good and release their patents to guarantee the prompt and effective immunization of the entire world population”, he said.

Regarding the illegal application of unilateral coercive measures, used by hegemonic factors to advance their political goals, (he said that) these cause the exclusion of more than a third of humanity and generate great suffering and pain for the affected peoples:

“The policies of economic, commercial and financial blockade are the most barbaric expression of discrimination and sophisticated warfare that threatens the peace and ideals of the nations themselves. Hence, we demand once again their total and immediate lifting”, emphasized Plasencia.

In his taking the floor at the world forum, he urged “to act urgently and in a coordinated and decisive manner to tackle the causes and consequences of this model, in which the United Nations continues being a leading player”.

Finally, he asserted that they look forward to participating in the First Session of the Permanent Forum for Afro-descendants, which Venezuela strongly supports, while ratifying the commitment of the Government of the Bolivarian Republic of Venezuela to continue promoting, with facts, the Declaration and the Durban Action Program, strengthening national spaces for popular participation, promoting reparations and the starring role of Afro-descendant and indigenous peoples, and of all sectors with which the social debt continues to be a pending issue. 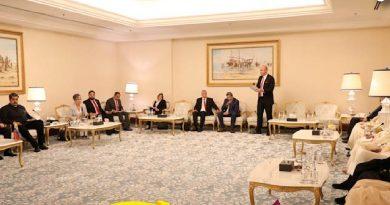 Arreaza: Pompeo’s statements show US accusations against Maduro are extortion

Arias Cárdenas Appointed as ambassador of Venezuela in Mexico