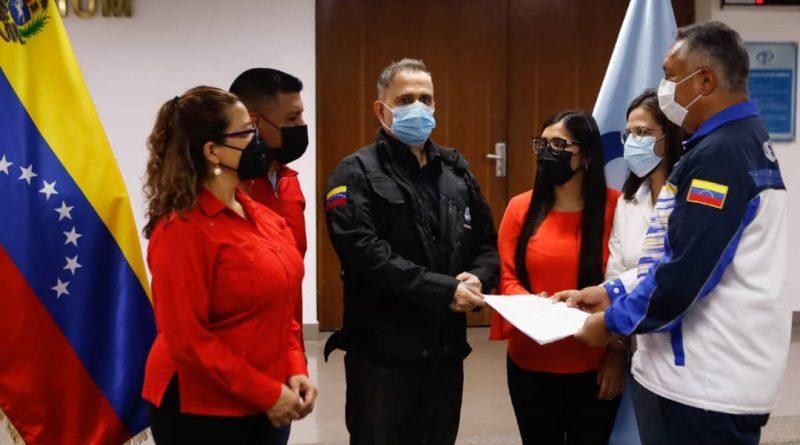 Deputy Tania Díaz explained that parliamentarians are «spokespersons for popular demand» and expressed confidence that «the Republic’s justice bodies will be activated to speed up and make compliance (of laws) more efficient», said the deputy.

The document delivered to the headquarters of the Public Ministry expresses the request to «end the impunity of these events and guarantee the existence of expeditious justice, without undue delay» to guarantee the effective protection of the rights and interests of the people and the procedural speed.

For his part, deputy Hugbel Roa, vice president of the Special Commission to investigate crimes committed by the National Assembly in the 2015-2020 period, stated that it is necessary to punish those guilty of more than 1,000 criminal actions, duly documented, causing losses quantified at more than 130 billion dollars, product of the application of unilateral coercive measures against the Venezuelan people.

The deputies of the Bloc of the Homeland expressed that they will continue the fight, through all the institutions of the Venezuelan State, to recover all the national heritage that was stolen on different nations, under the criminal action of the former ultra-right wing deputy.

Bolivarian Government guarantees education and culture for the youth

ICC acknowledges proactivity of Venezuela in the face of preliminary dialogue

Arreaza: We have broken the blockade against Venezuela through new alliances