Venezuela believes that progress in nuclear disarmament and nuclear non-proliferation in all its aspects is fundamental to strengthening peace and international security.

The Chancellor of the Bolivarian Republic of Venezuela, Jorge Arreaza, highlighted this while chairing this Wednesday the ministerial meeting of the Non-Aligned Countries Movement (NAM) in the framework of the 73rd Session of the United Nations General Assembly, in New York.

This High Level Meeting exposes topics on the «Fight against the proliferation of mass destruction weapons».

On behalf of the NAM, Arreaza reiterated his concern for the improvement of existing nuclear weapons, as well as for the manufacture of new kinds of nuclear weapons as contemplated by the military doctrines of some nuclear-weapon owning States.

Likewise, he expressed his concern on the Nuclear Posture Review of the US Government. and stressed that the development and manufacture of new nuclear weapons violate the commitments made by States during the conclusion of the Treaty on Complete Ban on Nuclear Tests (CBNT).

He argued that «international law is the only shield that the countries of the South have to defend us against the aggressions by the great powers», said Arreaza.

He emphasized that «the time has come to redouble efforts to care for and defend the Charter of the United Nations».

For this reason, the Venezuelan Chancellor called for promoting the culture of peace in strict adherence to the principles that should rule international relations and the Charter of the United Nations.

«The sovereignty, the equality of States, non-interference, the peaceful settlement of disputes, are purposes and principles contained in the Charter of the United Nations, that we must comply with», he said.

It should be noted that Venezuela participates on behalf of the 120 Member States of the NAM in the high-level plenary meeting to commemorate and promote the «International Day for the Total Elimination of Nuclear Weapons» that was celebrated on Wednesday.

Pérez: There must be a relationship of peace between Colombia and Venezuela

Cabello: If the opposition goes into civil disobedience, we will go to the streets 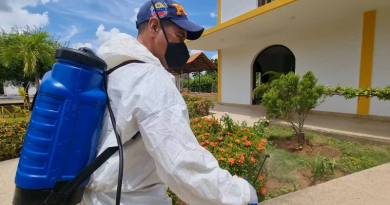