The Chancellor of the Republic, Jorge Arreaza, and the Attorney General of the Republic, Tarek William Saab, presented to the charge of business of the United States in Venezuela, James Story, the evidences of the attempt of assassination against the Head of State, Nicolás Maduro.

The information was released on Wednesday by Chancellor Arreaza, who explained that the purpose of the meeting is to share the evidence pointing to the financiers of the attempted assassination to the degree of frustration against President Maduro, (who are) based in the State of Florida, and thus request their extradition. .

Arreaza extended to Story the request for extradition of those implicated in the attempted attack on August 4 against President Nicolás Maduro.

The evidence points directly to Osman Alexis Delgado Tabosky (aka Jeremías), as the intellectual author and financier of the assassination attempt in degree of frustration.

«Story expressed his concern about the facts, and the will of the US Government to cooperate, Venezuela has in force cooperation agreements with the US, and so we will request the extradition of Tabosky», said the Venezuelan diplomat.

Last Tuesday on a national joint radio and television broadcast, President Maduro requested to Chancellor Arreaza, to the Attorney General, the Minister of Communication and Information, Jorge Rodríguez, and to the Minister of Interior, Justice and Peace, Néstor Reverol, to explain to the US Government and to the new government of Colombia, «all the evidences, in detail, that leads them as accomplices, as the direct responsible who are living in Florida state, because I want to request the extradition of all those responsible who financed, decided and carried out this terrorist attack». 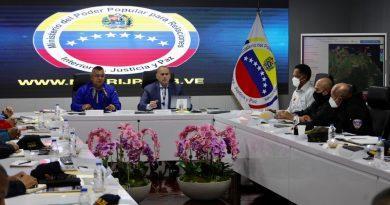 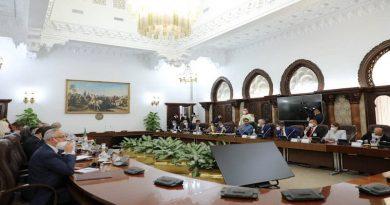 President Maduro instructed to achieve a 100% digital economy this year