«Take the truth of Venezuela to the world», said the Minister for Defense, Vladimir Padrino López, to the delegation of the Bolivarian National Armed Forces (FANB), which will participate in the Russia 2018 International Military Games.

In a broadcast by Venezolana de Televisión from the Ministry for Defense, in Caracas, the minister stressed: «You, worthy soldiers of the country, go carry the truth of Venezuela, show what we are, but also be inspired by the strengths of Bolivar, Sucre and Miranda, and the man who dared to take a step in the refoundation of our Armed Forces: Hugo Chávez».

In the act of awarding the teams that will represent the FANB in sports games, he indicated that there is a systematic siege against the Armed Forces, the Government and the Venezuelan people, a reason why he did not rule out a military aggression.

«The people should know that an armed force like the Venezuelan is prepared to defend the Homeland and one of the objectives (of the military games) is to strengthen the military apparatus to defend it and we are doing it on all fronts: Army, Navy, Aviation and the Bolivarian Military Guard that is being incorporated», he said.

The third edition of the Military Games will take place in the territories of Armenia, Azerbaijan, Belarus, China, Kazakhstan, Iran and Russia, from July 28 to August 11. This event consists of 28 contests.

Venezuela celebrates Bicentennial of Battle of Carabobo free, independent and in peace 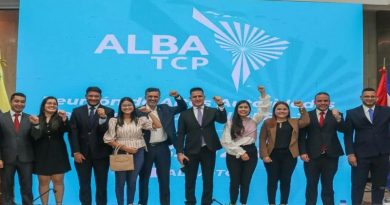