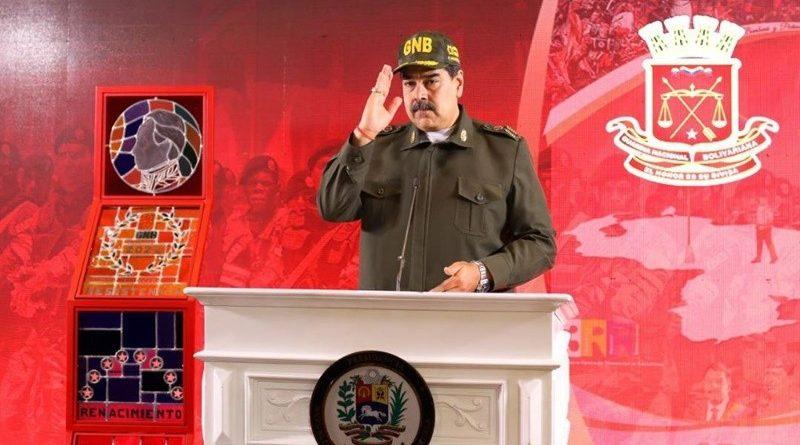 The President of the Bolivarian Republic of Venezuela, Nicolás Maduro, urged the members of the Bolivarian National Guard (GNB), to remain alert and vigilant against the threats that remain against Venezuela in order to guarantee the security and peace of the Venezuelan people:

“Official gentlemen, official ladies of the Bolivarian National Guard, we must be ON alert, attentive and on our feet, vigilant against threats against Venezuela, against internal security, and fight intensely against crime, criminal gangs, against the TANCOL, with force”, urged the also commander in chief of the Bolivarian National Armed Forces, via telematics during the act for the 85th anniversary of the GNB, held in the Honor Courtyard of the Military Academy, in Fort Tiuna.

He also urged to continue developing a lot of intelligence together with the people, counterintelligence, developing the investigative capacity to give accurate blows to crime, to delinquency, and everything that wants to disturb the life and tranquility of the Venezuelan family”.

He stressed the GNB has to be the greatest guarantee of peace, tranquility and citizen security for all the people of Venezuela.

Venezuelan Government will take political decisions to fence off coup-plotting 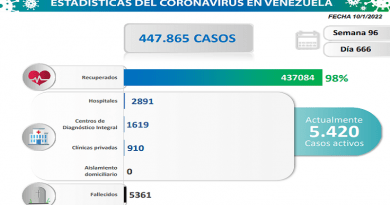 21,000 tons of marine proteins are destined to social programs 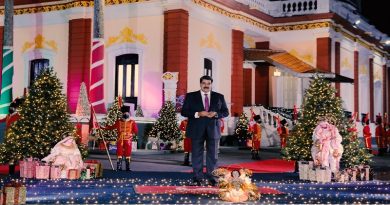