The spokesman for the Iranian Chancellory, Seyed Abás Musavi, reacted in a message to the illegal sanctions imposed by the United States. against Iranian ship captains, for which he assured that Tehran and Caracas will remain firm to face the coercive measures of Donald Trump’s administration.

«The desperate measures of the USA against Iranian nationals, with the measure announced by the US Secretary of State, Mike Pompeo, also known as Secretary of Hate, is a sign of the failure of the so-called ‘maximum pressure'», he wrote on Thursday in his account on the Twitter social network, as reports the news agency of the Islamic Republic (IRNA).

Musavi’s response comes after Pompeo reported on Wednesday on the imposition of sanctions against the captains of the five Iranian oil tankers who recently transported fuel to Venezuela.

As will be recalled in an act of cooperation and despite the latest coercive measures by Washington, Iran sent five tankers to Venezuela last May, something that experts considered a great success for Tehran.

Thanks to this, the Caracas government began to distribute fuel throughout the country under a new system, after the blockade it was subjected to by the Trump administration. 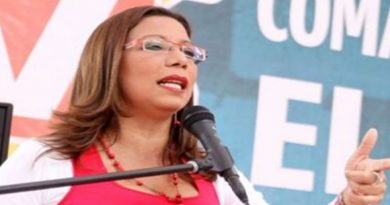 Tania Díaz: The People is the true political vanguard in Venezuela

Venezuela presents to ECLAC advances in statistics and geography