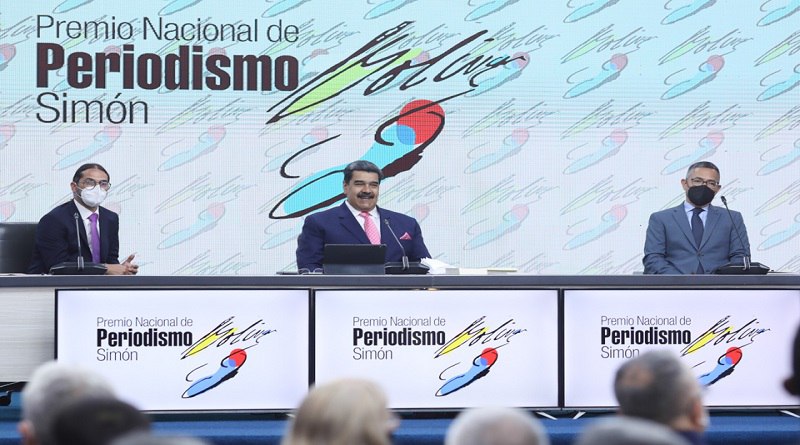 Venezuela is ready to receive French companies «that want to produce oil and gas for the European market, for the world market,» said the President of the Republic, Nicolás Maduro.

“Be welcome, whenever you want!”, he affirmed in response to the request made this Monday by the French Presidency, which urged to diversify the sources of oil supply in the market, including Iran and Venezuela.

France advocated carrying out the negotiations that lead to the «return» of oil from Iran and Venezuela to the market, in order to overcome the global energy crisis, according to the FranceInfo News agency, quoted by Anadolu Agency.

To this regard, the Head of State specified that «we are in the oil market» despite the persecution and unilateral coercive measures against the Venezuelan industry.

“So they have persecuted us? So they have hurt us? There they go with their persecution and their sanctions, here we are with our work, our production and our results”, he pointed out during the delivery of the “Simón Bolívar” National Journalism Award, held at Miraflores Palace on Monday.

The Venezuelan President stressed that «the road is paved», which is why he reiterated that «we are prepared, ready and willing» to rejoin the oil market in some European nations.

In the context of the G7 summit taking place in Germany, an official from the Emmanuel Macron administration pointed out the need to curb fuel prices by increasing crude oil production:

«There is a knot to be untied if necessary (between the United States and Iran) so that Iranian (…) and Venezuelan oil can also be put back on the market,» he pointed out.

President of TSJ sworn in the country’s judges

Only those who have legal residency may vote abroad

Refuted alleged alliance between the Bolivarian Government and the FARC