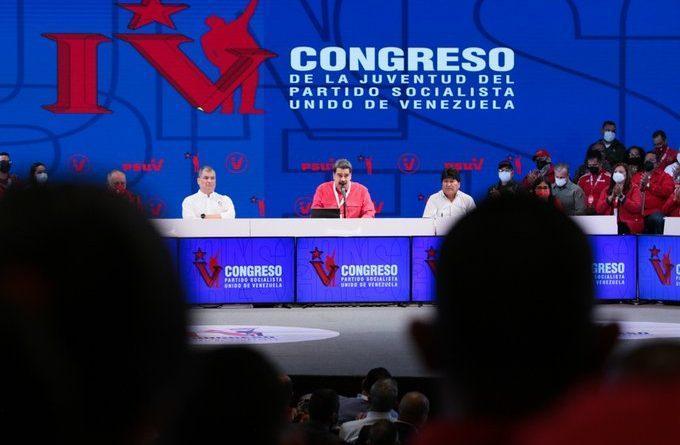 The president of the United Socialist Party of Venezuela, PSUV, Nicolás Maduro, participates this Saturday in the plenary of the 5th Congress of the PSUV and 4th Congress of the JPSUV, whose installation takes place on the ninth anniversary of the physical departure of Commander Hugo Chávez.

In this framework, the Head of State recalled that this March 5 marks the 9th anniversary of Commander Hugo Chávez’s passage to immortality:

“Nine years have passed since that hour of terrible shock, that our mind, our body, our life cannot forget. Nine years ago we received the hardest blow that our country had ever received in the history”, he said.

President Maduro pointed out that the impact of what Chavismo is as a theoretical current, as a historical reality, must be defined very clearly and with great quality.

In his words before the plenary of the PSUV Congress, the national president highlighted that this year will be celebrated the 200th anniversary of the meeting of Manuela Sáenz and the Liberator Simón Bolívar in Quito, which is why he announced his visit to Ecuador to commemorate this historical date:

«This year we commemorate the 200th anniversary of the meeting of Manuela Sáenz and the Liberator Simón Bolívar in Quito.»

The discussion and work tables of this 5th Congress of the PSUV will focus on the 3R.NETS: Resistance, Renaissance and Revolution, as well as addressing aspects related to ethics, the fight against bureaucratism and corruption, with concrete actions on formation, organization, mobilization, agitation, propaganda and communication.

Glonass Russian system will work in Venezuela to improve telecommunications

We continue in the struggle for independence, says Varela 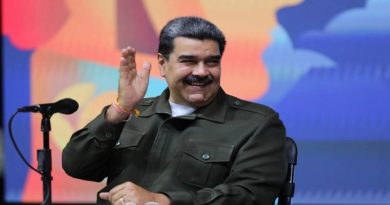 In Keys: Economic measures to safeguard the Venezuelan people against Covid-19