The People’s Power Minister for Foreign Relations, Félix Plasencia, stated that the route of sanctions cannot be seen as a solution to improve anything, but on the contrary, they are an imposition of damage and suffering. The statements were made during his intervention on the second day of the 2nd Diplomatic Forum of Antalya 2022, in Turkey.

The Venezuelan Chancellor denounced the oil industry has been the most affected by the unilateral coercive measures imposed by the United States government and its allies, because they have prevented its normal commercialization:

«Our oil industry was designed to supply, and as a consequence, we see again the interest of North American companies and the United States government to have a supply of Venezuelan oil”, stressed Plasencia.

He also emphasized that the union of Latin America and the Caribbean is the solution to advance, an example evidenced in the situation of the Covid-19 pandemic, as shown by Venezuela and Cuba, countries that have advanced in access to vaccines:

«The bet must be (for) more integration, union, and the platforms exist indeed and were created by our leaders through ALBA-TCP, CELAC, Unasur and PetroCaribe”, as pointed out the Bolivarian Chancellor. 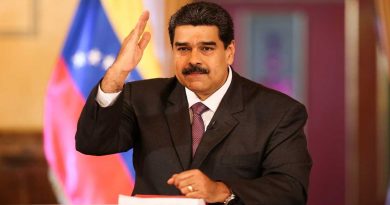 President Maduro highlights solidarity of the Revolution with brotherly peoples

Maduro recalls bravery of fighters of the Admirable Campaign

President Maduro: Terrorist attack against the SEN was carried out by a sniper