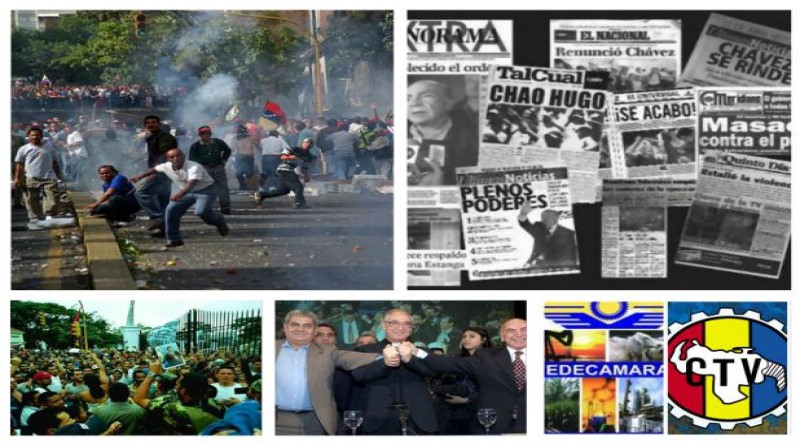 “This entire set-up, this simulation with which it was intended to blame Commander Hugo Chávez for a massacre, was orchestrated by the media, and those same media confessed it the next day when they celebrated the coup d’etat”.

“They were the articulators and architects of the coup”, declared this Monday, April 11, deputy Blanca Eekhout, 20 years after the street massacre perpetrated by the right wing to justify the overthrowing of the Legitimate Government in April 2002:

«The false positives and the strategic role was the domination of public opinion through the media,» summed up the parliamentarian during an interview about the International Meeting Against Fascism, which takes place in Caracas to commemorate the media-employers coup of April 11 and the Bolivarian victory of April 13.

Eekhout warned that the owners of these large traditional written and radioelectrical media (there were none of the current social networks back then), decided which roles the various plotted sectors should play in the coup against Bolivarian democracy.

Ministry of food evaluates actions against new US coercive measures

Ribas’s slogan «Necessary is to overcome!» is more valid than ever