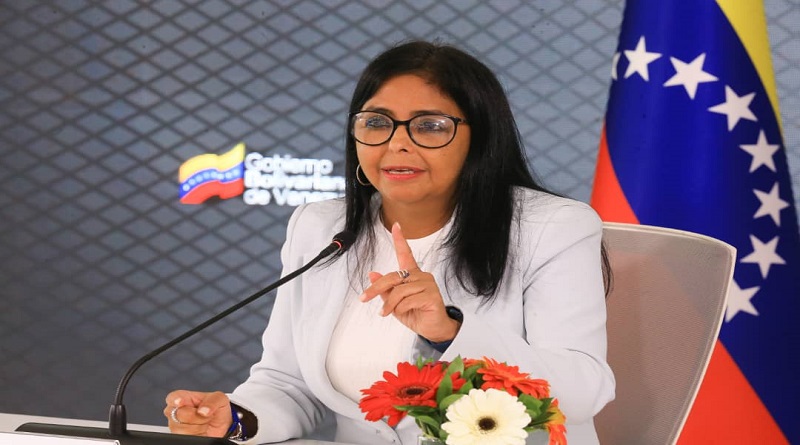 “It is the artificial creation of the humanitarian crisis war that the US Government has longed for so much to occur in Venezuela, to precisely intervene”, she denounced during the presentation of the 3rd Universal Periodic Review on Human Rights before the United Nations Organization (UN), held in Geneva (Switzerland).

Given this, the Vice President asked the following questions that arise from Venezuela as a neighboring country: Where did go all the millions of Colombian men and women who were displaced by violence, Colombian paramilitarism, drug production? Where did these Colombian brothers went to?…

To which she replied that the Bolivarian Nation has not labeled Colombians as refugees, «but we have welcomed them as brothers into our generous Human Rights system”, she stressed.

In reference to the contradictions of this organization, Rodríguez called on the UNHCR and its authorities that have been disqualifying Venezuelan migrants for economic reasons, derived from the criminal blockade imposed by the United States government against Venezuela:

«We must avoid at all costs the political instrumentalization of the Human Rights System”, said the Executive Vice President in the framework of the 40th Period of Sessions of the UN Human Rights Council.

Venezuela has 5 molecular biology laboratories for diagnosis of Covid-19

President Maduro: School classes start-up agenda has to be intense

Jaua: There is no unity or political will in the opposition to fulfill dialogue agreements