The President of the Bolivarian Republic of Venezuela, Nicolás Maduro, reported that next week will be installed the Superior Congress of Economy, an entity that will monitor the plans and proposals aimed at boosting the productive economy and exports in the country.

During the Productive Wednesday journey for this week, the head of State highlighted the revitalization of the production and export process that Venezuela is leading, as well as the advances achieved through the Country Brand initiative and its productive capacity, which have allowed “to advance in the exporting process”.

Faced with this scenario, he urged to set a map of priorities that has as its first point “The productive export map of the Venezuelan economy, (to) import substitution (…) On the one hand we substitute, we satisfy needs, we continue creating jobs, we continue to create wealth, and on the other hand, we are clearly establishing the entire export capacity”, explained Maduro.

For her part, the Executive Vice President of the Republic, Delcy Rodríguez, highlighted the proposal she presented to Fedecámaras (business chamber) where was analyzed the import substitution process, which would help avoid spending in foreign currency to circumvent the blockade applied by the United States government to suffocate the Venezuelan productive apparatus.

The national president emphasized the incorporation of the private sector to the International Center for Productive Investment to promote the paths of the 100% productive economy: «Everything is given so that the productive forces overcome the blockade”, he reiterated. 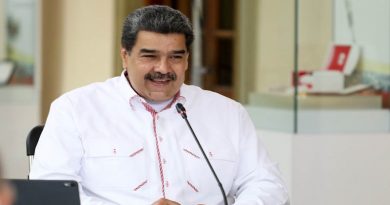 President Maduro: With everyone’s efforts we are achieving the rebirth of the Homeland

National Constituent Assembly does not propose to make a new Constitution 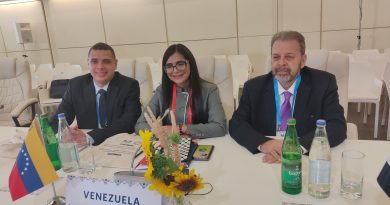 Maduro: Only in Revolution we will solve the difficulties of the Homeland

Government asks the opposition for an agreement respecting 2020 election results