The Minister for Foreign Affairs, Jorge Arreaza, denounced that the United States violates the Vienna Convention by denying Venezuela (the right) to appoint Turkey as a protective State for its embassy, after the breakdown of diplomatic relations last January, for its link in the coup d’état against the president of the Bolivarian Republic, Nicolás Maduro:
«The response of the Government of the United States was not accepting a protection agreement that includes the archives, property, buildings of Venezuela, because those assets are not of Maduro’s Government,» warned Arreaza at a press conference.
In this regard, he assured that with this decision, Venezuelans who are in the US do not have the protection of the Embassy, a similar action occurs with Americans who are in the country.
«The United States refuses, and therefore citizens with dual nationality or American citizens who live in Venezuela will not have the protection of their government in here, nor will Venezuelans have protection from their government in the United States, because the United States has refused to comply with this Convention», pointed out the Venezuelan Chancellor, while recalling that the US appointed Switzerland as a protective state of his embassy in Venezuela.
The decision of Venezuela to appoint Turkey as a protective State – an instance established in article 45 of the Vienna Convention on Diplomatic Relations, in force since 1961 -, after the illegal entrance last May of the US police authorities to the embassy of the South American nation, and the arrest of the activists who protected the diplomatic headquarters.

Isea: There is no day the Spanish media does not misrepresents the Venezuelan truth

This Tuesday will be agreed prices of 25 staple items 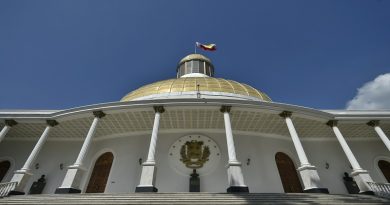 Cabello: We will not accept blackmail for dialogue, no one will take us out of the socialist project