The head of State, Nicolás Maduro, announced that on January 10 and 11 he will make important economic announcements to the country: «To start the year moving the economy, prosperity, the Petro, and achieve the great goals that we have proposed in the Program of Economic Recovery, Growth and Prosperity».
From the «Hugo Rafael Chávez Frías» Sports Complex in Fort Tiuna, in Caracas, the Venezuelan leader asked the Venezuelan people not to be distracted from the main objective of achieving economic recovery in the country:
«We are going to give this battle against coup plotting, interventionism, the surrendering of the homeland, but let’s not get distracted from the advance of the main course, the main axis of maneuver, the main axis of progress is the economy, its advance and recovery», he said last Sunday
He recalled that at the end of December in the Congress of the Peoples he established three lines of action of the Revolution, and the fight against corruption is one of them.
In that sense he reported that he has received multiple messages of support, encouragement and strength, offering to support this tremendous struggle against indolence, bureaucracy, corruption, «and to turn the country into a honest one, of efficient men and women, is a central battle in all institutions, in all areas of economic, political and institutional life «.
In an intervention that lasted 27 minutes, he added that «it is a battle to review the entire moral and spiritual structure of the Republic and overcome indolence, especially those of us who have positions in the Government to reach out to the people, listen to them and bring solutions , results, to cover the gaps in the streets, light the roads, generate work, we have with what «. 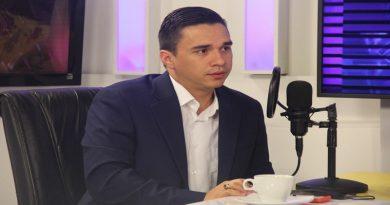 President Maduro highlighted the process of change, renewal and rectification of the Missions and Great Missions System

Samuel Moncada is the new ambassador of Venezuela to the UN