The President of the Bolivarian Republic of Venezuela, Nicolás Maduro, announced that in the next few days will be consigned to the National Constituent Assembly (ANC) the National Budget Law for 2018, which stipulates more than 70% in social investment.

From the act of beginning of the winter harvest cycle 2017, in Portuguesa state, the Head of State reiterated that the «Carnet de la Patria» (Homeland Card) system is the central axis in the social scope of the socialist system that is under construction.

He stated that he will send the Executive Vice President, Tareck El Aissami, to consign the National Budget Law before the ANC. He recalled that last year he consigned the Budget Lay before the TSJ, because the AN is in contempt. 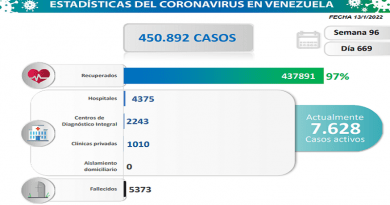 President Maduro: Venezuela is an example of dignity for the peoples of the world

Menendez: China and Venezuela strengthen relationships beyond the economy