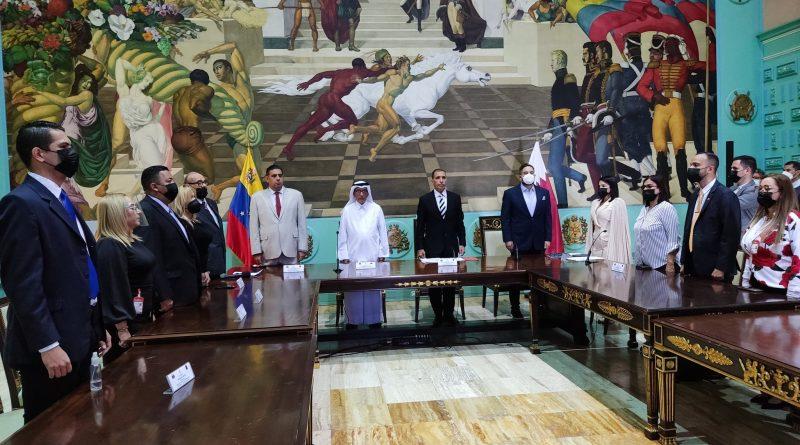 This Thursday, the installation of the Venezuela and Qatar Parliamentary Friendship Group took place in the Federal Legislative Palace, seat of the National Assembly.

The parliament in its official Twitter account reported that the event was attended by the ambassador of the State of Qatar in Venezuela, Rashid Mohsin A. Fetais, who expressed his gratitude and solidarity with Venezuela, while reiterating his willingness to work for the good of both nations:

“I am totally sure that we are going to strengthen the relations of friendship and respect between both Parliaments”, he pointed out.

For her part, the second vice president of the National Assembly, Vanesa Montero, highlighted the firm belief in multilateral relations and the Diplomacy of Peace. «Qatar for us has been an example of struggle and resistance in the face of so many sanctions,» she noted.

Chavismo is the revolutionary and transformative Bolivarianism of the 21st century

Isturiz: Obama uses all the resources of the oligarchy to liquidate Venezuela

The Constituent Assembly is the immediate solution for the country