The member countries of the Organization of Petroleum Exporting Countries (OPEC) agreed this Wednesday in Algeria freeze oil production between 32.5 and 33 million barrels per day (mbd) during an extraordinary meeting held in the framework of the 25th International Energy Forum.
They also decided to form a high level committee to evaluate the production of each of the member countries and consultations with non-OPEC producers, to discuss joint actions to stabilize the market, as reported the agency in a press release.
On his departure from the meeting, the Minister for Petroleum and Mining, Eulogio del Pino said that is expected to incorporate non-OPEC countries to the agreement, which contains the proposal promoted by Venezuela in order to achieve a balance in oil markets , which since 2014 faces the longest low prices cycle in the last 45 years.
«A high-level technical group will decide how it will be distributed the production. We are happy because it was a proposal that we brought to the OPEC meeting in July and an excellent solution. We will contact the non-OPEC countries to see how they will incorporate and how much production they will incorporate into this fixing of production that will stabilize the market», said Del Pino in a video posted on the Twitter account of Petroleos de Venezuela (Pdvsa). 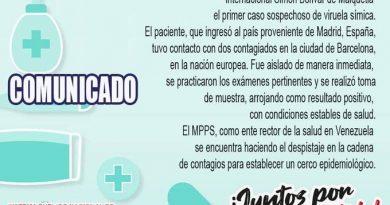 Chancellor Arreaza at the UN: Maduro has made 340 public calls for dialogue

Venezuela extends its condolences and solidarity to China for plane crash