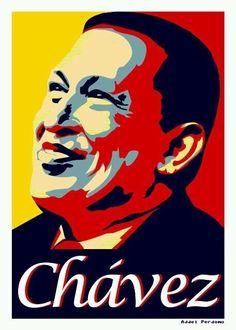 This December 8, Venezuela remembers and commemorates the 10th anniversary of the Day of Loyalty and Love for Commander Hugo Chávez and the Homeland.

In 2012, one Saturday night, the then President of the Bolivarian Republic of Venezuela made what would be his last televised public address, lasting 35 minutes, in which he called on the people of Simón Bolívar to preserve Unity in struggle and permanent battle for victory.

From Miraflores Palace, in Caracas, and accompanied by Diosdado Cabello and Nicolás Maduro Moros among other personalities of the moment, Chávez warned that the adversaries of the national and world right wing would never rest in their attempts to reverse the social achievements achieved by the Venezuelan people with the Bolivarian Revolution, in the construction of a truly free and sovereign Homeland for a more just and inclusive society.

He had returned from Cuba, where he was receiving care for the surprising cancer that affected him, and would later return to Havana to continue medical treatment. He did it to be able to address his people and warn them of what he prophetically denounced: The oligarchy would try to recover by any means the interests and privileges they lost with the arrival of the Bolivarian Revolution.

The joint radio and television broadcast marked a historic moment for the country, because it was the day that Hugo Chávez asked the people to elect Nicolás Maduro as president in the face of any eventuality that prevented him from continuing at the head of the Bolivarian Revolution, as reported TeleSUR at the time.

Hugo Chávez raised one of his most emblematic, fundamental and visionary speeches, and which today makes so much sense:

“Today we have a Homeland, and no matter what happens, in any circumstance we will continue to have a Homeland, a perpetual Homeland, a Homeland forever, a Homeland for our sons, a Homeland for our daughters, a Homeland. Patriots of Venezuela, men and women: Knee on the ground. Patriot unit. There will be no shortage of those who try to take advantage of difficult situations to maintain this commitment to the restoration of capitalism, of neoliberalism, to put an end to the Homeland. They wont be able to do so. Faced with this circumstance of new difficulties, of whatever size they may be, the response of all the patriots, the revolutionaries, those of us who feel the Homeland even in the guts is Unity, Fight, Battle and Victory”.

December 8 was declared the Day of Loyalty and Love to Hugo Chávez and the Homeland. The Official Gazette number 40,286 of December 4, 2013, formalizes decree 541 of President Maduro, and in one of its recitals it is recognized that «Hugo Chávez managed to transform the humiliated Venezuela of the last century, when it was plunged into the darkness of capitalism and whose worst expression was recorded in the so-called Caracazo of 1989”.

Maduro: Ramos Allup has brought parliamentary work to its lowest

Venezuela will have international observers this May 20

Chancellor Rodriguez: Economic Agenda will strengthen our participation in Mercosur

In honor of Chavez! The honking of motorcycles horns rumbled in the streets of Caracas

US targets countries that decide to be free and sovereign

Maduro: Venezuela is an independent country and will not accept threats from any empire