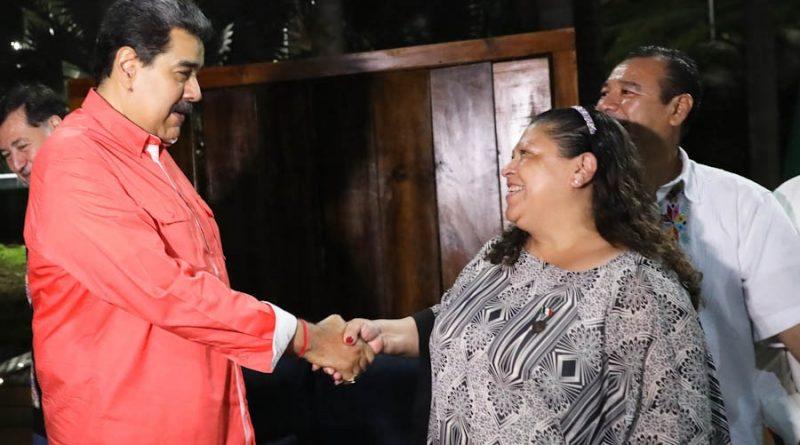 The President of the Bolivarian Republic of Venezuela, Nicolás Maduro, held a meeting at Miraflores Palace with representatives of the Venezuela-Mexico Parliamentary Friendship Group, in order to strengthen the ties of friendship between both nations.

The visit was led by the president of the Friendship Group, José Fernández; the vice president and deputy for the Morena party, Ana Leticia Chávez; Rocío Barrera, Raquel Bonilla, Mario Torres, Roberto Valenzuela and Manuel Rodríguez, representatives of the Chamber of Deputies (of the) 65th Legislature of the United Mexican States.

Earlier, the deputies visited the Venezuelan parliament, promoting the Law of Special Economic Zones, proposing some visits by Mexican businessmen to Venezuela to learn about the potentialities and strengths.

From this meeting also highlights the courage of the Mexican president, Andrés Manuel López Obrador, in the defense of Venezuela; as well as the accompaniment to the Venezuelan people who suffer the attacks of the coercive and unilateral measures imposed by the United States.

In addition, since their arrival in the country, the Parliamentary Group has shared experiences with Venezuelan authorities on the political, social and economic process that is taking place in the country.

For Venezuela, along with the Head of State, was present the president of the National Assembly, Jorge Rodríguez. The Parliamentary Friendship Group was constituted by deputy Tania Díaz as president, and deputies Gabriela Peña, Liris Sol Velásquez and Antonio Sivira; while Carol Delgado will act as secretary.

The Venezuela-Mexico Parliamentary Friendship Group is an instance that has planned a joint, fruitful work agenda, based on dialogue and respect for the self-determination of peoples, sharing the political space led by President Maduro through the Bolivarian peace diplomacy. 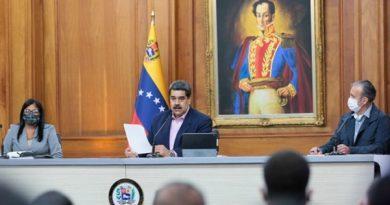 Electoral campaign for parliamentary elections will begin this November 3

Venezuela opens its arms to investments in 2021

Rodríguez: The US and its allies in the region seek a military intervention in Venezuela