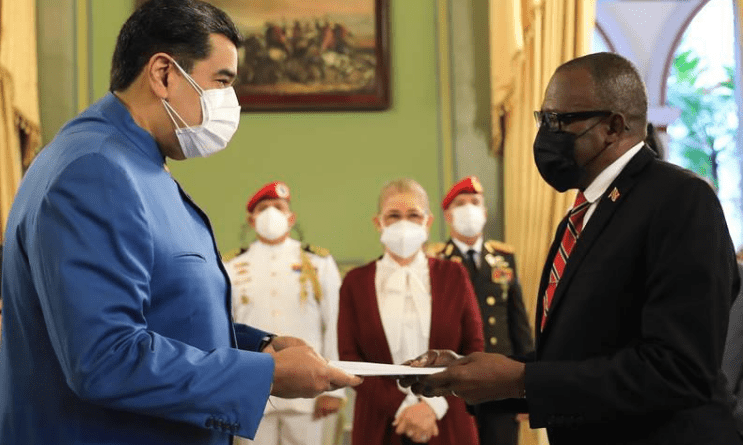 From the Sol del Perú Hall of Miraflores Palace, located in Caracas, the Head of State and Government, Nicolás Maduro, welcomed His Excellency Mr. Edmund Dillon, ambassador appointed by the Republic of Trinidad and Tobago to the Bolivarian Republic of Venezuela.

Dillon has been in Venezuela since February 4, a date on which he arrived at the «Simón Bolívar» International Airport in Maiquetía. Upon his arrival, the Trinidadian diplomat expressed his greatest wishes to continue cooperation between the two nations.

He was appointed as Ambassador to the Bolivarian Republic of Venezuela on August 17, 2021.

In this sense, Venezuela and Trinidad and Tobago have maintained relations of mutual respect since 1986. Since the arrival of the Bolivarian Revolution, bilateral relations based on brotherhood have increased in favor of both peoples.

In this regard, the National Government strengthens the Bolivarian Diplomacy of Peace under the principles of cooperation, complementarity, solidarity and respect for International Law for the construction of a multicentric and multipolar world.