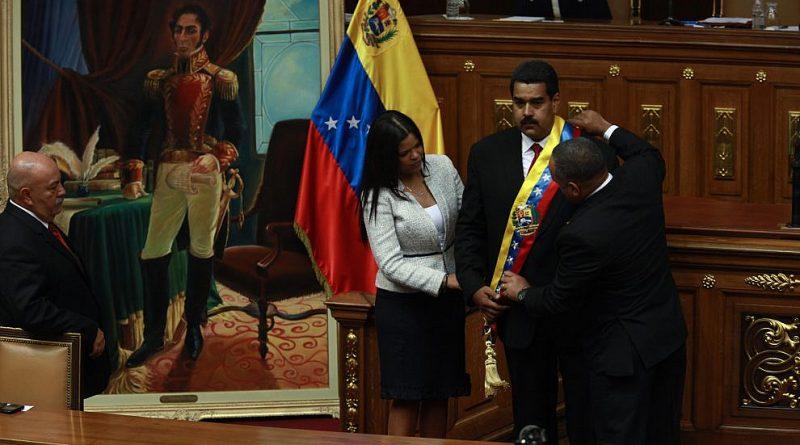 The President of the Republic, Nicolas Maduro, reiterated on Tuesday his commitment to uphold and respect the Constitution, nine years after he was sworn in as head of state, after winning the presidential elections in 2013:

“Nine years have passed since I was sworn in as Constitutional President of the Republic, and just as I swore before the People on that #April19, today I reiterate that I will enforce the Magna Carta, the laws, and I will not rest until I consolidate Bolivarian Socialism”, he wrote on his account on the Twitter social network.

On April 19, the current National President was sworn in, after achieving the victory in the presidential elections held on April 14, 2013, where he won with 50.61% of the votes.

The presidential elections were called after the physical departure of Commander Hugo Chávez, in March that year, in faithful compliance with the Constitution.

In article 233 of the Magna Carta, it is established that before the declaration of the absolute absence of the President of the Republic, the elections should be held within 30 days for the country to elect the Head of State.

To Protect the freedom and sovereignty of our Homeland:

On the other hand, President Maduro recalled the historical and independence feat of April 19, when the rebel people gave the first cry of independence and faced the Spanish yoke.

In this sense, he asserted that, 212 years after this event, “the only way is to protect the freedom and sovereignty of the Homeland.»

“April 19, the date that summons us to defend the Republic, just as our Liberators did 212 years ago, at the beginning of Venezuela’s independence struggle. It is the only way: protect the freedom and sovereignty of our country. Together we shall overcome!” he wrote on Twitter.

ANC rejects new sanctions against Venezuela by the US and Canada

Cabello: The Revolution is made with revolutionaries, not with accomodating positions

CNE: Parliamentary Elections will be held on December 6, 2020