“We are witnessing a process of sustainable recovery based on work, on the recovery of the real productive economy, and on the collective effort of an entire country”. Thus was stated by the President of the Bolivarian Republic of Venezuela, Nicolás Maduro, during an interview with the Arab Al Mayadeen television station.

The Venezuelan Head of State emphasized that «2021 is the first year of economic growth since this war began, since the criminal sanctions of North American imperialism began”.

He indicated that thanks to the collective effort of the Venezuelan people, the economy that produces food, goods and services has been consolidated: «Industry, commerce and the domestic market of the country are growing, the real economy and all that has had a great impact on the economic activity of the people, the family and the people”. 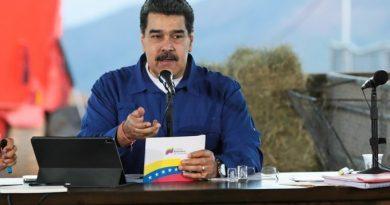 Chancellor Rodriguez: 6 years ago Maduro began the path of cooperation

Head of State approves permanent and constituent congress of the CLAP

President Maduro: I have evidences involving Bolton in frustrated assassination