In offering his greetings to the participants in the world meeting of the Working Class, the Constitutional President of the Bolivarian Republic of Venezuela, Nicolás Maduro Moros, assured that “In the 21st century we have great tasks to continue facing neoliberalism and its inhuman tendencies that exploit the peoples of the world and that have sunk the countries of our continent, causing the awakening of the peoples to be felt with a greater force”.

«From Venezuela we send a greeting of hope to the movements of the world working class who are the backbone for the fight against neoliberalism”, said the head of state to the participants in the meeting held through videoconference, convened within the framework of the Bicentennial Congress of the Peoples.

In this context, President Maduro called for the articulation of all social, union, intellectual, peasant, urban and cultural movements, to join forces with a backbone: A working class that poses future projects:

«May the working class be waking up to propose not only the fight against neoliberalism, but also a working class that plans future projects; socialism: human society”, he pointed out.

He also highlighted that “200 years after the great victory of Carabobo, a victory that paved the way for the liberation processes in South America, the Social Movements, Trade Union, peasants, thinkers, cultural movements and all the social forces, must be that awakening that proposes future projects for the peoples”, he pointed out.

Bicentennial Congress of the Peoples:

He pointed out that thanks to the launch of the Peoples’ Bicentennial Council, the participation of each man and woman has guaranteed the strengthening of the nation’s democratic structure and the generation of projects and ideas that could be an example to the peoples of the world.

In this regard, the national leader emphasized that “Venezuela stands more united than ever on the path of Bolivarian Socialism of the 21st century (…) celebrating from South America the 200 years of victory, of the anti-imperialist army, of the popular army led by Simon Bolivar». 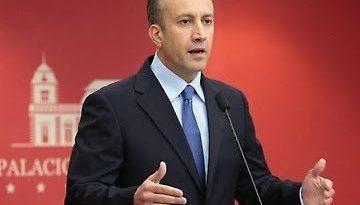 Parlasur condemns US interference against Cuba

TSJ declares actions of the National Assembly in contempt as null