The head of the National Anti-Drug Office (ONA) G / B Alberto Matheus reported that Venezuela has signed 42 cooperation agreements on drug matters with 37 countries around the world.
“Venezuela has signed 42 cooperation instruments, 32 of them are in force with 37 countries around the world, including the United Nations Organization and the Cooperation Program between Latin America, the Caribbean and the European Union in Policies on Drugs», explained Matheus during a training in anti-drug maters to more than 40 Commanders of the operational units of the Coast Guard Command at the “ CA. Agustín Armario” Naval Base, in Carabobo state.
He stressed that “in Venezuela is being working and standing up in the fight against drugs. Despite the international blockade, we continue to sign multilateral drug cooperation agreements and conventions».
Likewise, he stressed on Venezuela’s commitment to the fight against drugs, urging everyone to join this great battle and to prevent the cynicism of the US empire from damaging our peoples.
In the activity were presented the details of the World Drug Report 2019 of the United Nations Office on Drugs and Crime (UNODC), which highlights that in Colombia the production and seizures of cocaine reached unprecedented levels in 2017
Matheus said that in the report, cocaine production in Colombia reached a record high with an all-time high of 1,976 tons, with an estimated purity of 100%, equivalent to 70% of cocaine in the world.
On the other hand, it also announced the achievements and scope of the National Anti-Drug Plan 2019-2025 in the areas of prevention of abuse, treatment of addictions and against illicit drug trafficking. 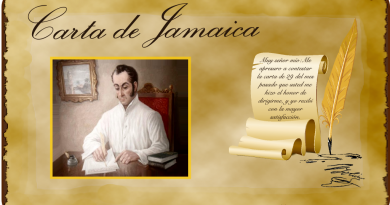 Venezuela commemorates 207 years of the Letter of Jamaica 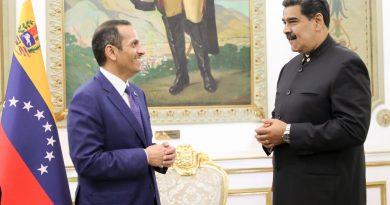