The journey of dialogue and negotiation between the Bolivarian Government and the opposition, which took place this Saturday, September 4, 2021, culminated with partial agreements.

The meetings were held in a cordial atmosphere and the memorandum of understanding signed last August is being respected.

Jorge Rodríguez indicated that, although the process involves hard work, there is a great willingness on the part of the delegation of the Government of Venezuela.

The journey of this Saturday, September 4, lasted approximately 6 hours and is expected to resume this Sunday, September 5 at the time scheduled by the delegations.

The Russian Federation and the Netherlands participated as accompanying countries, with Norway as mediator.

In this sense, the Government of Norway, through its Ministry of Foreign Affairs, published in its account @NorwayMFA: “We are pleased to publish the first official image of the plenary session of the negotiation process in Mexico between the Government of the Bolivarian Republic of #Venezuela and the Unitary Platform of Venezuela, facilitated by Norway and accompanied by the Netherlands and Russia», reads the message.

Maduro: The path of Venezuela is that of peace and dialogue

Chacón: The System will be presented to the UN as a crime prevention model 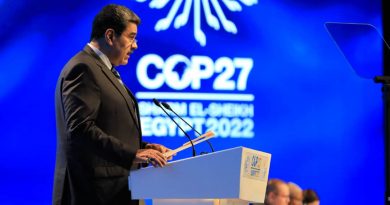 Candidate Maduro calls on the people to vote this MAY-20