A total of 12 cooperation and integration agreements in different areas of strategic interest were signed by Venezuela and Russia, within the framework of a new meeting of the High Level Intergovernmental Commission that brings together both nations, held this Tuesday in Caracas.

The Constitutional President of the Bolivarian Republic of Venezuela, Nicolás Maduro Moros, after the bilateral meeting held with the Deputy Prime Minister of the Russian Federation, Yuri Ivánovich Borísov, within the framework of this working meeting with the Russia-Venezuela High Level Intergovernmental Commission, (CIAN ), described this meeting as «one of the most fruitful» of the meetings developed through this mechanism of mutual interest and cooperation.

“The results of this work journey demonstrate the vitality of the comprehensive cooperative relations between Greater Russia and the heroic Homeland of the Liberator Simón Bolívar, Venezuela (…) Congratulations, to the members of the High Level Commission, we are on the right path. Mission Accomplished!» said the head of state and government of Venezuela.

This meeting also served as the framework for setting CIAN’s 2021-2031 work agenda in strategic areas of the economy, transportation, health, and bilateral cooperation.

«I am truly satisfied with the results of this work journey that demonstrates the vitality of the integral, working and cooperative relations between Greater Russia and the heroic homeland of the Liberator Simón Bolívar,» said the Venezuelan Head of State at the meeting held at Miraflores Palace.

Another world is indeed possible.

In his words, President Maduro valued the extraordinary trajectory of the relations cultivated between both nations “which we have seen in the last twenty-one years since that historic meeting between President Commander Hugo Chávez and Vladimir Putin, both began to build relationships of trust in work, cooperation ”.

“As this time has passed, humanity has seen in recent years a new Russia, the emergence of a new Russia, a democratic Russia, powerful, with a solid, armored economy, with a powerful industry, agriculture, and with a powerful people, a Russia that has resumed its role as world power in a multipolar, pluripolar, multicenter world, which has come to position itself as the world of the 21st century”, he said.

In this context, the Venezuelan president assured “as Constitutional President of the Bolivarian Republic of Venezuela, having resisted the attacks of the most powerful empire in the world and standing here victorious, that another world we will see and build together, Russia, Venezuela and humanity I am sure of that, because this 21st century is our century”, emphasized the Deputy Prime Minister of the Russian Federation, and co-president of the Russia-Venezuela High Level Commission, Yuri Ivanovich Borisov.

Regarding the struggle of the peoples of the world against the Covid 19 pandemic, President Maduro sent on behalf of the Venezuelan people, a message of gratitude to President Vladimir Putin, for his support of initiatives to provide the country with vaccines such as Sputnik V and now the EpiVacCorona, instruments of peace for the benefit of Venezuelans.

“I have to thank Russia for its support and commitment to increase the supply of the Sputnik-V vaccine to Venezuela. And he has already arrived in Venezuela for his studies and the agreements for the acquisition of EpiVacCorona, the second 100% effective vaccine from Russia, will be signed. Thank you, Russia!” emphasized Maduro.

To date, 150,000 doses of Sputnik-V have arrived in the country and the second vaccine developed by Russian scientists, the EpiVacCorona, is already being studied for approval in the country, which is 100% effective.

Due to COVID-19, both nations signed an agreement in December 2020 for the acquisition of 10 million doses of the Russian Sputnik-V vaccine, developed by the Gamaleya National Research Center for Epidemiology and Microbiology.

In economic matters, Maduro highlighted the articulated work for the stabilization of the energy market: “We are working in the great OPEC+ alliance. OPEC+ has proven its relevance, its usefulness, its strength. In the first stage, we managed to stabilize the oil market for almost three years”, he indicated.

At the end of the day, he encouraged Deputy Prime Minister Yuri Ivanovich Borisov to tell President Vladimir Putin “To continue persevering as a leader of humanity, from Venezuela we send our embrace to that great leader of peace: Vladimir Putin, an example of perseverance for a pluripolar world, without hegemony, and of peace”.

The meeting between the high-level delegations of Venezuela and the Russian Federation allows firm steps to be taken in strengthening the ties of brotherhood to enhance joint cooperation between both nations amidst the global COVID-19 pandemic, and in the context of imperial aggressions through coercive and unilateral measures imposed by the US government.

Maduro insists on a sovereign international policy for the 21st century 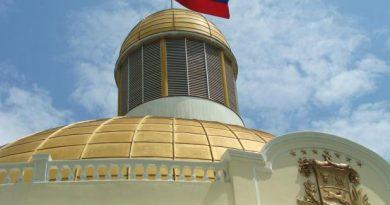