The president of the Bolivarian Republic of Venezuela, Nicolás Maduro, indicated this Sunday that he will convene a dialogue with the Venezuelan Episcopal Conference (CEV), after learning of his willingness to urge Venezuelans to participate in the parliamentary elections on December 6.

«It seems good to me, and I think that an opening of dialogue could be made between the historic revolutionary bloc, the revolutionary forces, the National Government and the Episcopal Conference, I entrust Jorge Rodríguez (Minister for Communication) to make all the contacts», he said during an interview on the program «Aquí con» (Here with), hosted by the Minister for Culture, Ernesto Villegas.

In his speech, the Head of State stressed that he has been a main actor in promoting conversations between the various political factors in the country, to achieve understanding. «I believe in dialogue, in the word to find solutions», he stressed.

He stressed that his role as manager of unity between the revolutionary grassroots forces, united with the United Socialist Party of Venezuela (PSUV), and the social alliances, has been fulfilled. «If they will accuse me of something, let it be of wanting to talk», he said.

«Personally I have talked with all the factors, and I have sat down with everyone who has wanted to. In some cases it has been in private, in secret. Other times, it has been Diosdado (Cabello) who has represented me», he reiterated.

Regarding the electoral process in Venezuela and the CEV’s call to settle the differences at the polls, the President accompanied the message and emphasized that the conditions for the participation of all sectors are given with their guarantees.

On August 11, the CEV called on Venezuelan voters to participate in the electoral process and to put aside the abstention promoted by opposition political sectors, which they described as a strategy that will deepen the political divide in the country. 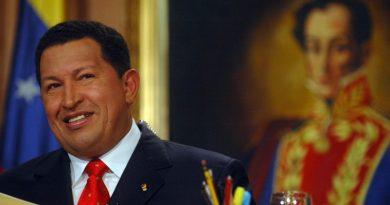 23 years of the installation of the National Constituent Assembly

PDVSA and ConocoPhillips reach agreement to start a new stage

Venezuela asks UN for support to deactivate mines on the border

The Constituent spirit has awakened throughout the country

Mother of Josh Holt thanks Maduro for her son’s release