«The Bolivarian Republic of Venezuela expresses its firm rejection of the content, conclusions and recommendations of the recent report of the Office of the United Nations High Commissioner for Human Rights (OHCHR), regarding the operation of the country’s Justice System and the Zone of National Strategic Development of the Orinoco Mining Arc.

This biased report, prepared from a questioned resolution of the Human Rights Council, is a palpable example of the double standards, manipulation and shameful political use of international mechanisms by a small group of countries with serious cases of violation of human rights and manifestly hostile political positions towards Venezuela.

Precisely yesterday, the President of the Bolivarian Republic of Venezuela, Nicolás Maduro Moros, denounced the communicational and interventionist propaganda campaign announced by Elliott Abrams, that obscure character who serves as Washington’s representative for the affairs of Venezuela.

The satellite governments of the United States are in clear evidence when articulating their positions and actions in international forums as part of the political and media aggression against Venezuela.

The Human Rights Council does not have, nor does any international actor, legal authority, or mandate whatsoever, to claim to evaluate the constitutional functioning of the public powers and the development of the economic sectors in Venezuela.

The Bolivarian Republic of Venezuela ratifies its will to continue cooperating with the Human Rights Council, its special mechanisms and the Office of the United Nations High Commissioner for Human Rights, as long as these instances avoid being politically instrumentalized against sovereign and independent States».

Argentina, Brazil and Paraguay look to corral Venezuela with Mercosur 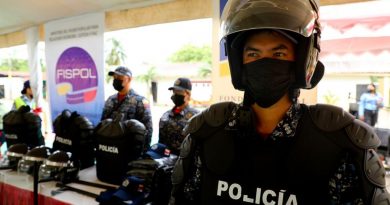 Venezuela rejects aggressions against its institutionality from the Presidency of Colombia