«The Bolivarian Republic of Venezuela strongly rejects the infamous document cynically called «Report on Terrorism», published today by the US State Department, in which it is again intended to discredit with calumnies the commitment of Venezuela in the global fight against terrorism.

Venezuela meets its international commitments in the fight against terrorism, and has the world as witness on that, in the particular case of the Colombian conflict, Venezuela is a signatory to the peace treaties and a guarantor of its compliance, as stated in the Security Council of the United Nations.

It seems astonishing that the United States intends to accuse Venezuela of not taking sufficient measures against the scourge of terrorism, when just two months ago it was neutralized an attempted maritime incursion by mercenaries, including former US military personnel among them, who followed a plan endorsed by the political allies of the United States in the country and supported by the Colombian lackey government, which contemplated the physical elimination of figures from the high government and sympathizers of the Bolivarian Revolution.

A real commitment to the United States’ anti-terrorist fight would include the unequivocal rejection of the use of political violence in Venezuela, the capture and surrender of people wanted by the Venezuelan justice and involved in terrorist practices, such as the assassination attack on August 4, 2018. or the so-called Operation Gideon of May 2020.

Venezuela will continue to denounce before all the relevant international instances, the different US attempts to sow terror and commotion in the Venezuelan population, in order to overthrow the legitimate and constitutional Government of Venezuela and implant a tutelage coordinated by the same violent actors who represent the interests Americans.

The Bolivarian Republic of Venezuela will continue to defend itself against any attempt to run over its sovereignty, which is why it requires the United States to end its arrogant practice of trying to evaluate and qualify the public policies of other countries, as well as its insane practice of using the fight against terrorism for propaganda purposes to justify his plan of aggression against Venezuela.»

Salary will be adjusted periodically anchored to the Petro 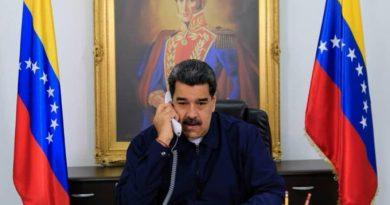 President Maduro talks with Petro about restoring normality at the border

Maduro: In Venezuela begins new stage of the Bolivarian Revolution 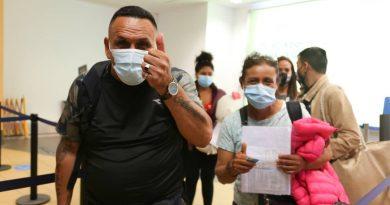