The President of the Bolivarian Republic of Venezuela, Nicolás Maduro, held a meeting on Wednesday with national and international intellectuals at Miraflores Palace in Caracas.

In the meeting were generated proposals to strengthen peace diplomacy and to publicize the benefits that the Bolivarian Government has developed over the years in economic, social, political and cultural matters.

The National President pointed out that: «We must go to a process of integral decolonization of the country, (…) and incorporate it into the Homeland Plan 2025 to consolidate the values of the new culture and independence of Venezuela».

In this regard, he announced the creation of the National Institute of Decolonization of Venezuela, for which he appointed in charge to Ernesto Villegas, minister of People’s Power for culture, and informed that it must be rooted in the foundations of the Revolutionary and decolonization thought of Commander Hugo Chavez.

He said that the creation of this house of studies, was born as a strategic line for Venezuela and will have an impact in Latin America and the Caribbean, with support from the countries that make up the Bolivarian Alliance for the Peoples of Our Americas (ALBA-TCP). 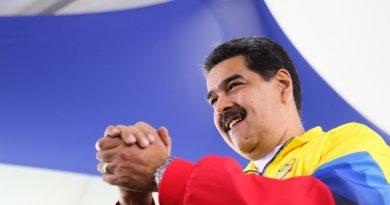