On the occasion of the 17th anniversary of the Barrio Adentro Health Mission, this Thursday the mayor of the Bolivarian Libertador municipality, Erika Faría, stated that this strategy, designed by Commander Hugo Chávez and Fidel Castro, has made it possible to care for and protect the lives of the Venezuelan people.

During the commemorative act that took place in the Simón Rodríguez House of First Letters, she pointed out that, had this social program not been created, today the country would not have been able to handle the COVID-19 pandemic that plagues the entire world.

«This strategy designed by two extraordinary commanders (Hugo Chávez and Fidel Castro) has allowed us to transform the State at the service of the people in matters of health (…) Today, President, Nicolás Maduro, is carrying it out and is allowing us to defeat the Covid-19 pandemic», she stressed.

In this regard, she reiterated that thousands of doctors and collaborators have been deployed throughout the national territory, house by house, to cut the chain of transmission of the virus. «None of this would have been possible without the creation of this mission», she said.

Since its creation, Mission Barrio Adentro has carried out 93,948,430 medical consultations in all areas of health, more than 162,000 surgeries, more than 21 million laboratory tests and more than two million X-rays.

National President appointed Ricardo Sanguino as president of the BCV

President Maduro: Bolivarian ideals and the strength of 500 years of struggle run through our Americas 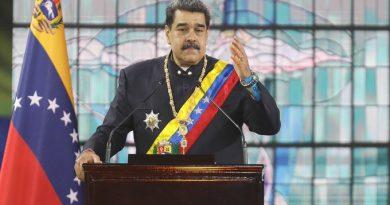 TSJ declared constitutionality of the State of Exception and Economic Emergency

ONA: Despite the blockade of the United States, Venezuela is efficient in anti-drug policy