On Friday the president of the Bolivarian Republic of Venezuela, Nicolás Maduro indicated that the government of the United States (USA) has violated all international agreements with the sole purpose of creating military conflicts that prepare the ground to appropriate the natural resources of the countries:
«Not happy with the economic war against the world, Donald Trump withdraws from the nuclear agreement, agreements with Russia that have more than 30 years and that regulate the nuclear arms race, and begins a warmongering race against the world in a new escalade», mentioned the first President in the 1st International Meeting of Workers, held until Saturday at the Alba Caracas Hotel.
He acknowledged that these events often stop being news by the great world press and go unnoticed.
He stressed that the US began to attack China, Russia, India and Iran, as well as the withdrawal from the nuclear agreement are actions proper of the supremacist and neo-fascist current that dominates in the White House:
“In the United States is ruling an extremist right-wing faction that took power. They threaten as if they were the government of the world, as if someone had elected Trump as president and ruled with threats, sanctions and blockade», he said.

Mission Robinson has graduated more than one million people 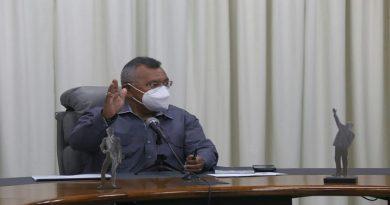 Reverol denounced sabotage to the electrical system in Barinas 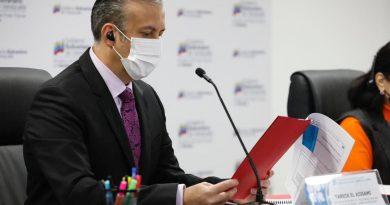 President Maduro: There is a plan from the United States to assassinate me