The Bolivarian National Armed Forces (FANB), ratified on Wednesday their commitment through the Republic Plan, to guarantee peace in the upcoming presidential elections and Regional Legislative Councils scheduled for next May 20, a assured the Minister of People’s Power for Defense, G / J Vladímir Padrino López.

«The Bolivarian National Armed Forces are happy every time there is an electoral process where the Venezuelan is offered to exercise their right in full freedom, because the Bolivarian National Armed Forces have a deep democratic, institutional and peace vocation», he said after a meeting with the representatives of the different political organizations, in which their suggestions and opinions were listened to in a respectful way.

During a press conference, the Head of the Defense Ministry recalled that the tasks of the Republic Plan are not other than «guaranteeing the security of all the voters, with a deep democratic vocation that they want to participate in their political exercise of the vote next May 20», as well as the custody of the electoral material and the voting centers.

He stressed that there is articulation and cohesion with the National Electoral Council, the Public Prosecutor’s Office, the Supreme Court of Justice, among other public institutions, for the Republic Plan to be developed successfully.

Padrino Lopez said that other meetings will be held and establish communication channels to report irregularities that may arise during the elections.

The Minister called on Venezuelans to exercise «with joy and optimism their right to vote,» in order to settle differences and achieve prosperity.

President Maduro: Aristóbulo will be a permanent guide for the revolutionaries

Cabello: We do not accept any deadlines 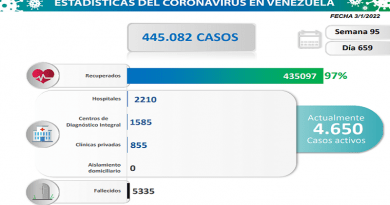 AN strengthens brotherhood relationship with China