The President of the Bolivarian Republic of Venezuela, Nicolás Maduro Moros, congratulated his counterpart Vladimir Putin on his inauguration as President of the Russian Federation, following his resounding re-election on March 18.

Read the statement from the Ministry of People’s Power for Foreign Affairs:

The President of the Bolivarian Republic of Venezuela, Nicolás Maduro Moros, on behalf of the Government and the Venezuelan People, expresses his words of sincere rejoicing and effusive congratulations to Vladimir Putin, for his inauguration as President of the Russian Federation, after the forceful triumph of the past March 18.

His exemplary re-election demonstrates the extraordinary support the Russian people gives to the brilliant work that President Vladimir Putin has been developing, in his character as a leader concerned for the welfare of his people and a world-class statesman.

The world has been able to appreciate the economic, social, cultural, communicational and sports resurgence of Russia, as well as its progress in the areas of national defense, education, science and technology.

Peoples respectful of international law, highly value the energetic leadership that, under the leadership of Vladimir Putin, Russia has been playing in pursuit of the construction of a world with harmony, peace and respect among nations.

President Nicolás Maduro, makes this occasion propitious to ratify his firm commitment with the consolidation of the integral strategic alliance between Russia and Venezuela, which is based on a dynamic of shared development for mutual benefit.

In this new period, the Bolivarian Government wishes to strengthen the bonds of friendship between our nations, deepening the instruments of relations and integral cooperation created in recent years.

Venezuela expresses its conviction in the strengthening of this alliance of historical dimension, initiated by the Supreme Commander Hugo Chávez Frías and the Russian Prime Minister, which will result in new achievements for the welfare and the supreme happiness of both Peoples and will continue to bear fruit in the objective common of the consolidation of the multipolar world. 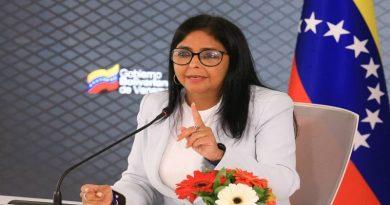 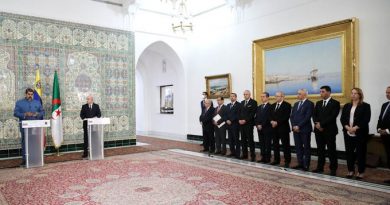 Airline will be activated between Algeria and Caracas 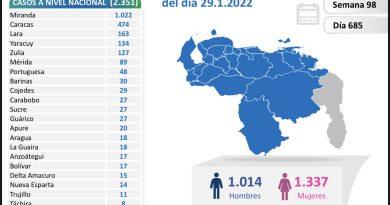 President Maduro: In Venezuela there is democracy and there will be free elections