The President of the Bolivarian Republic of Venezuela, Nicolás Maduro, on Sunday rejected the acts of violence in Catalonia, Spain, where a referendum process was taking place.

«President Mariano Rajoy must respond to the world for what he has done today against the Catalan people, and from Venezuela (we send) all our solidarity with the people of Catalonia, all our love, (you) have the right to democracy, peace, tranquility, freedom, I raise my voice with dignity in solidarity with the entire Catalonia», he said.

The Head of State added that «They have the soul wrinkled, between the rage and tenderness, indignation and admiration … we were seeing the historical event of a democratic character, I do not interfere in the internal issues, but these are international events of a great impact».

During the program «Los Domingos con Maduro» (Sundays with Maduro), on its issue number 94, broadcast from Yaracuy state, he pointed out that the right wing, when in power, attacks the peoples, does not recognize the adversary and is a patron that Venezuela has also lived, specifically in the past months when the opposition called for an internal consultation and where the level of intolerance of this sector was made evident.

He expressed his solidarity with the people of Catalonia, and stressed that he is raising his voice on behalf of all democratic peoples so that the rights of the Spanish people are respected.

He reflected regarding the Spanish media. which did not broadcast the repression by the Civil Guard, just as it happened with the national media when the right wing promoted the coup d’ etat (Of April 2002).

«If a people is in peace and tranquil, leave it in peace, it is not time to abuse the peoples, it is time for the word, for dialogue, for solving with peace the problems of the countries». said Maduro. 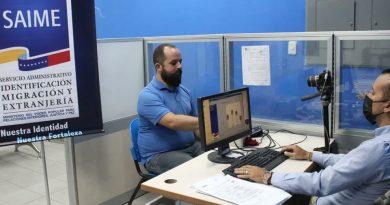 Arrested 86 citizens linked to extraction smuggling of the monetary cone

Arreaza to charge of business of the USA: We will request the extradition of Tabosky 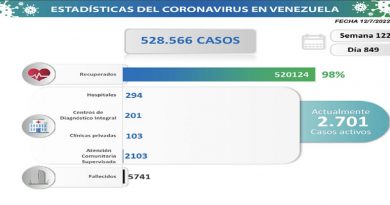 68% of Venezuelans trust President Maduro’s support for the CLAP