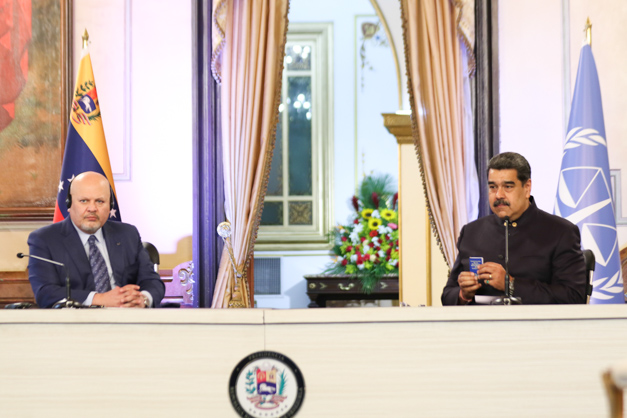 “Venezuela is a state of law and justice, in the process of change, in the process of perfection, right now we are in a process of profound reform. I have called it the Revolution of justice”, affirmed this Thursday the President of the Bolivarian Republic of Venezuela, Nicolás Maduro Moros, during a work meeting with the Prosecutor of the International Court (ICC), Karin A.A Khan QC.

In this context, the Venezuelan Head of State emphasized that “the process to change everything that has to be changed in laws, working methods, happens from a great social, institutional and political dialogue» that already presents important results.

«We are the first interested in the full prevalence of human rights”, emphasized President Maduro at the end of the meeting with the ICC Prosecutor, Karin Khan.

He added that, along these lines, the establishment of an ICC technical assistance office in Caracas is positive, to deepen the effective dialogue between this instance and the Bolivarian Republic of Venezuela.

The National President ratified the disposition of the Venezuelan State to make human rights prevail, which are embodied in the Constitution of the Bolivarian Republic of Venezuela:

“We were in the National Constituent Assembly that wrote this Constitution and, especially, the chapter on Human Rights and social rights. With everything, with our hand, because (in) our generation of young people from very early on, we were victims of a brutal persecution of what here in Venezuela was called the 4th Republic, the brutal persecution where happened massacres like the one of February 27 and 28, 1989, called the Caracazo”.

He concluded that the Human Rights chapter of the Magna Carta is «one of the most complete that can be found in the Constitutions of the world and that it is not a dead letter, it is a living letter in Venezuela”.

Jorge Rodríguez: OAS is an organization that is dedicated to assaulting the peoples who decide to be free 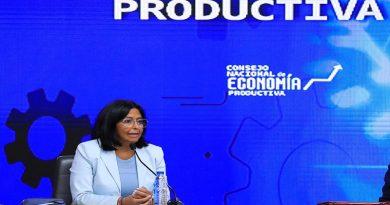 Vice President Rodríguez: National Council of Economy is an instrument for development

Know it! Any Governor who does not subordinate to the ANC will not be able to exercise its position