«After the events in Afghanistan and the constant instability in Libya, it is clear that it is necessary to defend sovereignty to guarantee peace”. This was expressed by the secretary of the Bolivarian Alliance for the Peoples of Our Americas – People’s Trade Treaty (ALBA-TCP), Sacha Llorenti, regarding the increase in tensions and political instability in that region, with an impact on the entire planet.

Llorenti emphasized that in light of what is happening in both nations, «it must be very clear that the defense of sovereignty and independence is not an abstract slogan.»

He reaffirmed in the message published on his account on the Twitter social network @SachaLlorenti that in light of these events, «it is an unavoidable duty to guarantee peace and development» of the countries.

Already on Monday, August 16, when United States planes fled Afghanistan after the Taliban took power, the Executive Secretary of the Bolivarian Alliance for the Peoples of Our Americas – Peoples’ Trade Treaty (ALBA-TCP) condemned the US interventionist methods in Afghanistan:

«Images of how democracy, human rights and freedom are promoted”, denounced the executive on the aforementioned digital platform.

Like Llorenti, world leaders and sectors denounced the event as an escape from the Asian country by the US, after invading it and starting a warlike conflict in October 2001.

In context, the same situation occurred in Libya, when the US carried out the assassination of its president, Muammar Gaddafi, generating the case and instability that caused the fragmentation of the country.

Afghanistan and Libya are two nations with large oil reserves, in addition to having geo-strategic elements of interest both in the Eurasia region and the African continent.

Fascist opposition has perpetrated more than 250 attacks on the SEN

Government of Venezuela reiterates defense of territorial integrity over the Esequibo

Opposition fears the people speaking through the Constituent Assembly 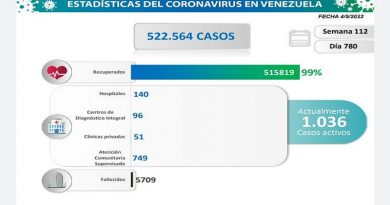 TSJ will request extradition of Leopoldo López from Spain 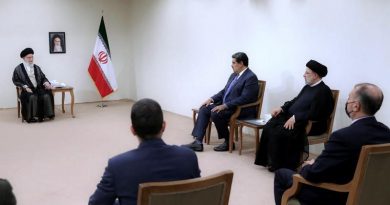